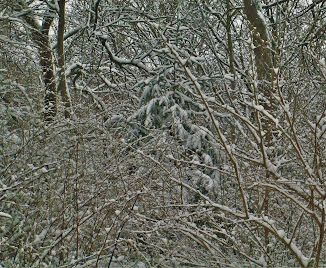 Concerning the media ratings hunt, Project Veritas has a visual & audio recording of one-time CNN technical director, Charlie Chester.  In it, he says that CNN's next campaign will be "Global Warming Awareness," without him having made any mention of the scientifically certified "Global Warming Pause of 1999 - 2016," & without him having mentioned the 1940-1975 temperature decline.  This means that CNN has predetermined what the breaking news is going to be months before breaking news occurs.

Observe the blue graph line's vertical end.  It's a line of blue that shoots straight upward.  The chart attached to the blue signifies the "Surface Mass Balance" of Greenland, from Sept 2020 to August 2021.  Incidentally, the gully in the graph, where no snow gain occurred, is called Summertime.  The seasons are caused by the tilt (the obliquity) of the Earth; and not by co2.

Of course, do NOT expect CNN to detail Antarctica's Winter of 2021.  It was the coldest Winter in its known history, and the timing of that coldest winter was a wooden stake directed straight into the heart of Global Warming Hysteria.

In like fashion, assume that there will be no attention given to the 21% gain in the 2021 American cotton crop, as well as America's professional success in its 2021 corn crop.  Add to the no-attention list India's record high rice production of approx 121 million metric tonnes which also occurred in the Year 2021.

These things are important to hide from you, because the recent harvest successes prove Al Gore completely wrong in his assertion that an elevated level of co2 will result in a disastrous fate for agriculture on Planet Earth.  Only crop failures will be reported by CNN; not crop triumphs.

Perhaps you noticed that CNN ratcheted-up the climate doomsday scenario as far back as August 2021, after the MASSIVE Greenland snow accumulation of May & June 2021.  It's explained further inside these written (as opposed to spoken) discourses.

For now, take note that the Australian East Coast, as recently as 2022, was undergoing record lengths in cold phases, while CNN was hyping-up the one July day, and one July day only, when one Carlwood Surrey thermometer read 102.38F (39.1C).  Canada had record cold in 2021 and this year (2022), too.   But, don't expect that to be mentioned by CNN very often, if ever at all.

In fact, while CNN was screaming, "Global Warming, Global Warming," the Northeast of the United States experienced record breaking cold in the Winter of 2021/2022.  CNN will remain steadfast in the deliberate infliction of emotional distress upon school children with horror story after horror story of the life-giving photosynthesis molecule, co2. 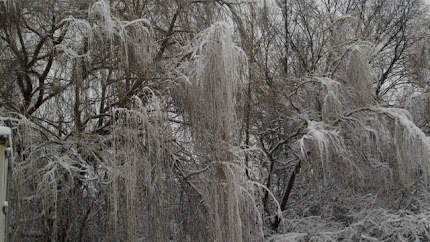 There will also be no expected mention of NASA having reported, with satellite samples, that the Arctic region of Planet Earth has become greener during the Summer.  Nor will there be mention of other geographic sectors of Planet Earth becoming greener.

A conclusion nine years prior was that the biosphere in a given Arctic latitude is now as green as it was 430 miles more south, in 1982.  MSN News actually reported this in 2013.  Anyway, there are videos testifying to the greening of Arctic latitudes; ultimately testifying to the fact that more co2 is NOT doom.  More co2 simply means more photosynthesis on Planet Earth.

Lookie see:   NASA affirms that the Arctic is now greener.

At this point, sea levels should be brought into focus.  Now, concerning the reported sea level rise of 2.8 inches in 25 years, it was assessed as such via the Topex-Poseidon Satellite and the Jason series (1, 2, and 3).  No polar bear is drowning in that 2.8 inches.

There was also the report that the average sea level rise since 1880 (to the Year 2020) was 8 to 9 inches.  Doomsayers claim it's ten inches ... in 142 years of time.  Do you see how unremarkable and non-apocalyptic these numbers are?

Plus, 1880 was shortly after the Mini Ice Age.  Some thawing was to be expected.  The present-day surmise is that the modern-day sea level elevation occurs at a rate of +3.6 mm every year.  At this point, take two pennies, stack them, and look at their sides ... look at their thickness.  The two pennies are 3.5 mm in thickness.  Is that anywhere near end-of-the-world quality sea level rise?

Let's also address the report that, during the 20 twenty year period of April 2002 to June 2021, Greenland lost approximately 4,471 gigatons of snow/ice.  Sounds like a devastatingly high amount which can put the eastern coastlines underwater, correct?  Well, it corresponds to a sea level increase of . . . no more than 1.2 centimeters.  That's one point two centimeters.  That's also .47 inches.   That's half an inch of sea rise ... in 20 years' time.  Excuse me, but where is the end-of-the-world doom in all of this?

Let's go through the numbers, to show how minuscule 4,471 gigatons are, in realtion to the oceans of Planet Earth.

Greenland is three times the size of Texas.  It's one and a quarter times the size of Alaska --- and eight times larger than Colorado.  Massive allotments of ice are there.  Now, 4,471 gigatons of melted ice were reported as having entered the Atlantic Ocean, in a 20 year period.  The news reports acted as if we all were going to drown.  At this point, keep in mind that ALL oceans are connected to each other.  No walls separate them.

Compared to the connected oceans of the Earth, 4,471 gigatons coming off the Greenland ice sheet --- in a 20 year period --- is insignificantly tiny.  It's an insult to the common citizen's intelligence, when the common citizen does basic mathematics on the issue.  The ice melt quantity could not yield any sea level elevation more than an equally insignificant 1.2 centimeters (aka .47 inches --- aka a half inch), in 20 years time.

And this is supposed to be the end of the world.  It's con artistry that is easy to uncover as such.  "They" think that you're stupid and easy to intimidate.  It's the ongoing theft of the American taxpayer.

The National Centers for Environmental Information, a subsidiary of NOAA, reported the following:

That's all?  That is supposed to be Doomsday?  Well, don't go high-diving into 3.6 inches of water.

The lesson here is that, when a government claims to have broken a climate record or an ocean record, the numbers involved are petty and insignificant.  A 3.6 inch sea level rise is not the end of the world.  Perceive the pettiness under the guise of earth-shattering, record breaking, we're-all-gonna-die, climate change news.

Of course, the response from the Global Warmists is that the fresh Greenland water will lesson the salinity of the Atlantic Ocean and cause an Ice Age in Western Europe.

BTW, how can co2 melt Greenland's ice sheet when there is constant albedo deflection/reflection/refraction occurring at the massive ice sheet there?  For those in the American public school system, albedo is the "angle of deflection" when UV rays enter Earth's atmosphere, hit the color white, and literally jet back into space at the speed of light. All in all, where there happens to be no infrared light, there happens to be no heating power for CO2.  Even at that, CO2 action only happens to occur at 3.7 watts per meter squared, anyway.

CO2 is plant food ... not jet fuel.   The greenhouse gas which rules the world is Water Vapor.  In fact, CO2 is to Water Vapor what a pinch hitter is to the lead-off hitter of a baseball team.

The climate hysteria falsehoods that were spread are sleight-of-hand distortions more than they are outright lies, with one exception.  The exception was admitted to have been a common enough practice, according to the 2009 Climategate Emails.  The exception is that record high temperatures were reported in Africa where there were NO WEATHER MONITORING STATIONS.  Those officially stated temperatures have no empirical evidence, and therefore no foundation.

Mostly, however, the fraudulent misrepresentations were/are hyped-up exaggerations, always prodding those unfamiliar with basic atmospheric science to believe that the end is near.  This translates into the uninformed and the misinformed members of humanity believing that they have to submit to Draconian measures, even to the point of killing off a painfully significant percentage of the human population.  This is called Eugenics.  Eugenics includes sterilization, abortion, & "euthanasia."

The other technique in corporate media dishonesty is to omit reports about record cold and the replenishing of glaciers wherever ice re-accumulation is occurring.   Only the ice loss gets reported, as if it were permanent loss, and as if we're all going to die from it.  This is de facto censorship.  This is the act of hiding the truth.

In a free society, there is Point/Counterpoint, and a second round of debate.  Today, there is only censorship by high tech tyrants and the now-dictatorial corporate advertisement media.  None the less, newspaper archives of decades past can expose false declarative statements spread by Climate Doomsday Racketeers.

For example, the Gore CO2 Doctrine is easily refuted by the 1970s newspaper & magazine articles that addressed the long-experienced cooling trend of the 20th Century.  The New York Times article below is one of many pieces of archival evidence.

According to Al Gore and company, there should have been temperature increases during and after WWII, due to the tremendous amount of industrial manufacturing that took place at that time.  Ironically, the opposite happened.  The world entered into a cooling phase while the war was still in progress.  An example is the bitter cold endured during the Battle of the Bulge, aka the Siege of Bastogne.   Leningrad & Stalingrad, along with

There were brutally cold temperatures during the Korean war, also; 1950 to 1953.  American industrialization continued, none the less.  Yet, the temperature decline held its course for 35 or so years.

See:    The depth of cold in the Korean War

A peace time example of the temperature decline was the Big Freeze of 1962.  Having begun in December 22, it did not subside until March of 1963.  It was the coldest winter in Central England since 1740, and 1740 was within the depths of the Mini Ice Age.

By the time 1978 arrived, the climate was already recognized as having gone through a "thirty year cooling trend," despite the industrialized uptick in co2 levels.  This dispels the Gore Doctrine.  This, alone, proves non-scientist Al Gore to be completely wrong.

Yet another scientific finding that disproves Gore's doctrine

The 2017 crystallization of the bottom of the massive Ross Ice Shelf in Antarctica dispelled it too, as did the regrowing of the Jakobshavn Glacier, along with the fact that the glaciers of Glacier National Park did not melt into non-existence, by the predicted year of 2020.