But, Northern Arizona did have abundant rainfall in the Summer of 2022. Name the issue, and the media has been endlessly lying to you about it.

Before anything else, in the event that you are a beginner to atmospheric science and/or American geography, know this:  In the dry dry regions of the United States, namely in Arizona, Nevada, & Utah, there is actually a Monsoon season.   This is important to mention, being that certain unconscionable individuals obsessively claim that the American Southwest has been going through its worse drought in the past 1,200 years.

In fact, they claim that Arizona has been in a drought for the past 22 years.  Well firstly, Arizona in 2022 actually was above-average in its Summertime rainfall.  And secondly, if Arizona were enduring a drought for that length of time, there would be nobody living in Arizona today.  It's interesting how liars are not any good at lying.  Take note: 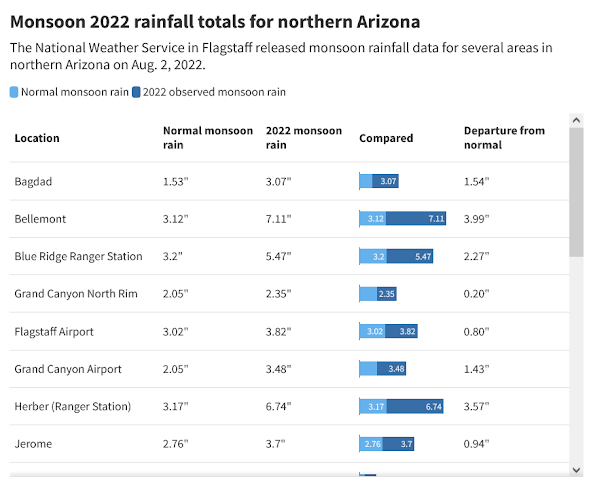 This is additionally mentioned, because the media made the Year 2022 out to be a dry & heated start of the End of Humanity & Life on Earth.  Well, climate IS cyclical, and there was a return to drought conditions in Continental Europe.  But, it takes much more to bring about the End of the World.

None the less, in the Summer of 2022, Arizona's Lake Mead water level actually rose ... about 15 inches.  Moreover, record cold temperatures and cold persistence records occurred in the Year 2022, in the Northern and Southern Hemispheres.  Concerning the year prior, Antarctica had its coldest winter in known history.  That was 2021.

This is mentioned, because the media claimed that the elevation of co2 levels caused more fires to be produced in the Greater London Area.  The opposite happened.  Fires decreased significantly.  Take note: 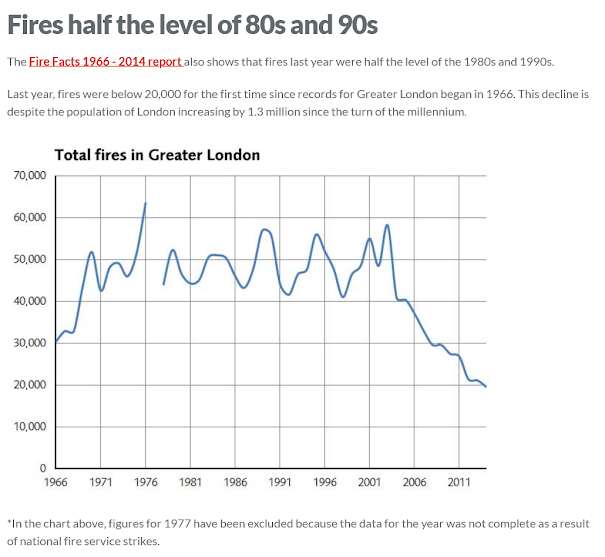 One more introductory point:  In 1540-41 and in 1616 Europe had horrendous droughts.  This occurred when co2 levels were 281.3 ppm (1540) and 275.3 ppm (1616).  That amounts to 136 ppm and 142 ppm LOWER than today.  According to Al Gore and Michael Mann, those droughts were impossible.  But, the Central European hunger stones, in there etchings throughout the centuries, show otherwise.

Concerning the "hunger stones" that were recently found in central Europe, it proves that Climate is CYCLICAL.  This is because there are multiple etchings on those relatively large stones, with different dates on them.  This means that water levels in Europe decreased significantly multiple times, when the co2 levels were much much lower than they are today.  Each time the water level lowered significantly, someone would carve an etching at the lowered water line.

Even the Year 1921 is etched on such a stone.  Those stone etchings are a climate record which proves that, in centuries past, lower water levels could occur, even in a climate low in atmospheric co2.  Thus, co2 alone does NOT cause droughts.

Scientists and archeologists have repeatedly conjectured the existence of a 150 year mega-drought in the American West, starting in the final century of the Medieval Warm Period.   In confirmed specificity, (via tree ring analysis), there was a Great North American Drought which occurred between 1276 & 1299 C.E.

This occurred long before the invention of the gasoline engine, when co2 levels were notably lower than they are today.   This shows that the Medieval Warm Period WAS a global event occurring in more than one Hemisphere, and not merely something limited to Northern Europe.

For the record, the Medieval Warm Period endured from circa 800AD to 1348AD.  In addition, the Mini Ice Age which followed endured from 1348AD to circa 1850AD.

The depth of the Mini Ice Age, as far as goes the least amount of Sunspots generated, was between 1645 and 1710.  Yet, cold conditions, mingled with summertime heat waves and even droughts, ensued into the early 19th Century.

The Mini Ice Age is regarded as having ended with the Irish Potato Famine.  Well, it would have ended directly before the famine.  This is because the Irish Potato famine was the result of too much water and warmer than usual temperatures which became a breeding ground for the phytophthora infestans fungus.

None the less, if that famine ... that "blight infestation"... would have happened this year, the media throughout the world would have blamed it on co2 levels and the "burning of fossil fuels."  Yet, the co2 level in 1847 was 284.7 ppm.  That's 133 ppm LESS than today. 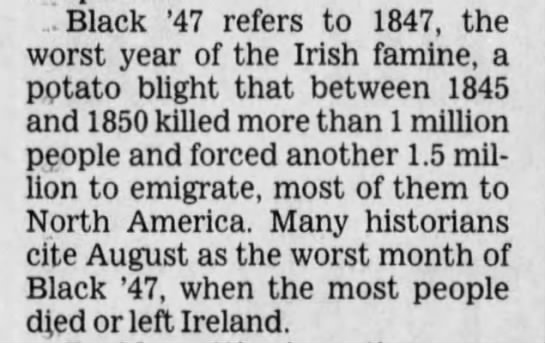 Despite the scientific discovery of a great Medieval drought in America, it was in 2014 when NASA released the details of a study which found that the Drought of 1934 was the worst one in a thousand years.  That drought encompassed 71.6% percent of the western North American land mass.  This is more than the land mass affected by the Drought of 2012, which encompassed 59.7% of the same geographic area in general.

In 1934, during the worst drought in 1,000 years, the atmospheric co2 level was 309 ppm.  That was 109 ppm LESS than it is today.  In all that is statistically being shown to you, you would had to have been brainwashed by public school teachers to deny that Al Gore spoke falsehood each time he said that a rise in co2 automatically results in a rise in temperature ... and drought ... and hurricanes ... and tornadoes ... and sea level rise ... and whatever else he mentioned.

None the less, the second most severe drought in America, as recognized by scientists, was the one of 1580, when co2 levels were significantly lower than in 1934 ... and today ... when the invention of the combustible engine was 310 years away.

Also See: The Worst Drought in a Thousand Years

The media deception employed today is to deceive the public into believing that no heat wave or drought in the past thousand years comes close to the one of 2022.  This also diverts attention away from the fact that, the year prior, Antarctica underwent its COLDEST WINTER in known history.

"Tree ring archives indicate that agricultural droughts such as those that happened in the United States during the 1930s Dust Bowl era have occurred occasionally over the last 1,000 years, and climate model simulations suggest that droughts that may last several years to even decades OCCUR NATURALLY in the southwestern U.S."   (This negates Michael Mann's and David Attenborough's claim that the weather/climate of the past one thousand years was predominately benign and stable.)

This recognition of the American Southwest's natural drought potential also includes Southern California.  In fact, it includes what is properly regarded as the Leeward Side of California, as well as the Santa Ana Side, and as well as the Death Valley side of the state.  Therefore, Gavin Newsom was 100% lying to you, when he stated that co2 levels finally reached the stage where the Apocalypse came to California.

The lack of "controlled burns" in California for consecutive decades caused the disastrous volume of burnt acreage, in recent years.  When you let massive acreage of fallen trees sit for decades, you create kindling wood that can easily torch forestland as easily as can gallons of gasoline.   Even at that, the forest fires of the 1920s, 1930s, & 1940s, in acreage burned, were far worse than the ones in the 21st Century ... the Century of Liars in Power.

The horror stories of present doomsday droughts have one huge folly which makes the scientists announcing the dreadful conditions look like the stereotypical high school ~nerds, ~dorks, ~dweebs, ~geeks, ~wedgy boys, ~swirly boys, etc.  And that is this ====>  No one in America is thirsting to death in societal quantities.  Bodies are not strewn throughout the lands, in heart-wrenching scenes.  Houses are not covered with windswept dust.

The other outrage is in claiming that certain victims of war are victims of Climate Change.  In as much, there is a difference between a drought refugee and a war refugee coming out of Adiabatic Heating deserts or 30th Parallel convection deserts.   Example, Syria does have a desert and has had it for a long while.

It then got to the point where large snowstorms & record colds were attributed to evil evil Climate Change.   Sometimes, it was done by misinterpreting "Lake Effect Snow."  At other times, subtropical low pressure systems were called the cause of such storms, in a delayed effect of moisture retention in the sky.  However, it does not work "that way" when the time delay goes from August to December.  This is because, according to NASA, a water molecule endures in the atmosphere for an average of nine days only.  Therefore, a heated August will NOT be the cause of heavy January snow.