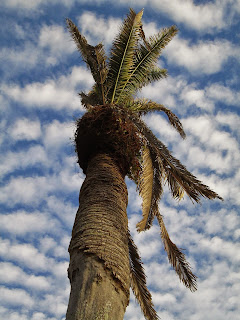 Even though there were ZERO named storms in the Atlantic Basin throughout August 2022, Joe Biden omitted mention of this rare phenomenon.  Rather, during the same October day when Biden was caught mentioning how no one messes with a Biden, he publicly stated that the one and only 2022 hurricane to thus far hit the Continental 48 States was undeniable proof that we are engaged in catastrophic, crisis-stage climate change.  Yet, hurricanes in the plural have been a consistent yearly occurrence, set forth in logs, almanacs, chronicles, and gazettes for HUNDREDS of years, even when atmospheric CO2 was less than 300 parts per million.

There are records of seafarers and land stewards in America giving accounts of hurricanes, dating back slightly before the July 1500 huricán that passed through the Bahamas, during a Vincente Yáñez Pinzón exploration. This includes the 1508 San Rogue Huricán reported by Ponce de Leon, himself.  Incidentally, to the Portuguese who conquered Brazil, a hurricane was/is a furacão.

Now, a Spanish Armada even got hit by a massive sea storm, in Britain's North Sea, in 1588.  In 1590, a 63-ship Spanish treasure fleet lost 14 ships in a Gulf of Mexico storm.  In fact, there were 120 Spanish reports of huricáns, in the 16th Century alone, from the Azores to the present-day Texas coastline.   The 17th & 18th Centuries had their abundance of sea storm reports too, showing that Michael Mann lied when he claimed that the weather of the past 1,000 years was mild, up and until the Industrial Age.  The weather was very often turbulent, throughout that time span.   Turbulent sea storms were reported in the hundreds during the Age of Exploration & sailing ships.

In addition, the most famous typhoons in history were the ones that decimated a large Mongol invasion fleet in 1274 and then again, in 1281.  Atmospheric co2 was very low in the 13th Century.  Yet, some hurricanes were ferocious.  Therefore, the truth on the matter goes as follows:

There is zero correlation between the atmospheric co2 level and the frequency of hurricanes, as well as the intensity of hurricanes.  If there suddenly stops the formation of Tropical Storms and Hurricanes, then that would be Climate Change.  The continuation of yearly cyclones in the Atlantic and Pacific Oceans is business as usual for Planet Earth, as it constitutes the same old Unchanged Climate of Planet Earth.  Thus, August 2022 was the exception, in there having been ZERO named storms in the Atlantic basin throughout that entire month.

Then comes the new definition of Monsoon Season.  It's now defined as a sign of climate change, despite the reality that Monsoon seasons throughout Planet Earth have been a regular Unchanged Climate event throughout the ages.  In reality, Monsoons are more reliable to predict than any tropical storm or hurricane.

In fact, if you want to stop the yearly Monsoon seasons from occurring throughout Planet Earth, you must literally ======> stop the rotation of the Earth, in order to stop the Coriolis Effect upon rotating pressure systems which act like water wheels that send rain into the Monsoon regions.   In as much, as long as there are yearly Monsoon seasons throughout the Earth, then it's business-as-usual for Planet Earth and the same old unchanged climate there.

The supreme asininity of "Climate Change" fanatics, in their claiming that Monsoon season is an evil manifestation of  evil evil "climate change," is this:  Without Monsoons, you have widespread starvation.  You have epic famines.  "Climate Change" Nazis are completely out-of-touch, in the highest degree.

For there to be life on Earth, CO2 is absolutely needed, in tandem with chlorophyll.  Yet, those activists who are proudly going green want to do away with at least half the CO2 in the atmosphere.  In many nations, the other necessity for life to sustain itself are . . . the Monsoons.  The very arrogant going-green people want to do away with the needed sources of life.  Yes, you can't have a tree to hug, if there's not enough CO2 in the air.  Below 150 to 180 ppm of CO2 is when photosynthesis ceases.  Life on Earth follows suit.

Remember, Monsoons are not random, and hurricanes do have a season of likely probability to them.  In fact, the existence of the Atlantic Hurricane Season was the reason why the Battle of Yorktown was fought between September 28, 1781 to October the 19th of the same year.  It was the Cape Verde Hurricane Season, and French naval officers knew all about that deadly time of year.  After all, 1780 had a horrendous hurricane season.   So, the French Navy was literally scared out of the Caribbean, into the Virginia coastline, where they brought for American land forces the ability to secure a victory against a very powerful imperial army.

Throughout the 1700s, there were hurricanes with brutal effects, and the highest co2 level during that century was no more than 282 ppm.  This absolutely proves that there is NO CORRELATION between atmospheric co2 and the intensity or the frequency of hurricanes.  In fact, the early Twentieth Century hurricanes, some of which were ferocious, were much more easily documented, and there was a tremendous difference in atmospheric co2 between the first 2/3 of the Twentieth Century and today.  Even the 1980s had a notably lower co2 level than today.  Let's take a tour of hurricanes when co2 levels were much lower than today:

Second lesson:  When you read about a hurricane's wind speed, it refers to the peak wind speed sustained for one minute in duration.  As far as goes the traveling of an entire hurricane across an ocean, it travels much more slowly.   For example, a 17 mph (miles per hour) hurricane is considered fast.

Third lesson:  The lower the digits, in terms of measuring millibars, the more powerful is the low pressure system called a hurricane ... or typhoon, if it's a Pacific Ocean low pressure system.  Concerning "lowest central pressure," anything under 900 millibars is a mighty storm.  Even 930 & 960 is powerful.

The following hurricanes are considered to be the ones with the lowest air pressure.  That translates into powerful hurricanes.  The wind speed thereafter generally, but not meticulously, correlates.

Now, I mentioned previously that the most powerful Atlantic hurricane, in terms of sustained wind, was Allen in 1980, at 190 mph (miles per hour).  Well, the Pacific Ocean hosted two more powerful ones in 1961.  In fact, in 1961, there were FIVE Category 5 typhoons, and atmospheric co2 at the time was 316 ppm. That amounts to 99 ppm lower than today.  According to the co2 Theory, there should not have been 5 Cat 5 typhoons when co2 was so low.  Thus, the co2 Theory has been completely invalidated.

The other typhoons were equal-to or less-than Hurricane Allen in maximum sustained wind speed. 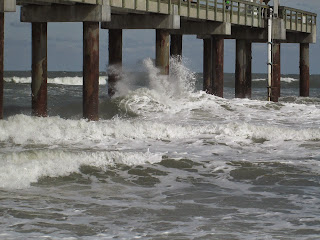 Now, concerning the Atlantic Ocean Basin and strong hurricanes that occurred before 1960, there was:

A sample of hurricanes that transpired in the 1700s.

Do you get the message, yet?   The CO2 Theory of hurricane proliferation & intensification is a complete falsehood.  There is no law which says that you have to be the dupe & useful idiot of money grabbing politicians and activists.  Remember, Al Gore is a politician who did not know the general temperature of the Core of the Earth, yet boldly proclaimed the wrongest number when trying to show his "science expertise."  And the quarter BILLION dollars that Gore amassed for himself, in selling the "Global Warming" religious fanaticism, is enough of a sign to show you his intent & motive.  Money, money, and more money.

Hurricanes/typhoons are a regular part of Tropical Life.  Their trips northward is a way of Planet Earth preventing a massive temperature imbalance in the Tropics, when compared to the temperatures of the middle latitudes.

Yes, hurricanes are a balancing maneuver for global temperatures, and when hurricanes stop forming, then you can claim that we finally have Climate Change.  In fact, when hurricanes stop forming, then Planet Earth will have a huge problem . . . with inordinate temperature imbalances throughout Earth.   Until then, you're insulting the intelligence of every reasonable person with your Climate Nazi fanaticism.  You don't have to be repetitively annoying, chirping out "climate change" endlessly.  You don't have to act like an incredibly arrogant idiot.  If you want to rally against true threats to human health, address the Synthetic Chemical Issue.  You're wasting your time playing CO2 Police.