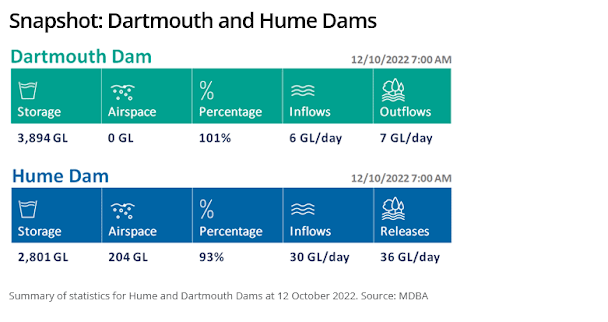 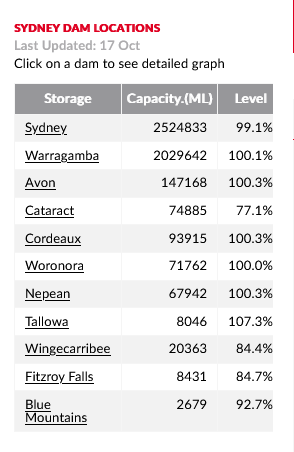 We continue to the Indian Ocean side of the continent, with  Perth.

Now, Australia is the size of the continental (contiguous) United States.  And of course, the weather is nowhere near the same throughout the United States.  So, you can't use one sentence to describe all of Australia as much as you cannot use one sentence to describe all of the United States.  We in America have snow country and desert-land ...  mountain ranges and flat lands ... hard water and soft water ... clay land and shale land ... as well as a corn belt that overlaps the Goiter Belt where iodine is non-existent.

For the record, Australia is 2.9 million square miles in size.  It's the 6th largest nation on Earth and 1.7 MILLION square miles larger than India (which happens to be the 7th largest nation on Earth.)  It's also 2.2 million square miles larger than Texas.  This is why a person halfway around the world can instantly tell that any Australia-Is-Doomed tale is another Climate Nazi lie.  It's because the doomsday tales omit mention of the diversity and size of the Australian landmass.

In addition to snow, Australia even gets Monsoons.   Remember, 370 BILLION American taxpayer-indebtedness dollars have been shelled out for this game-playing.  This game was taken to Australia.   So, where is all this end-of-the-world climate doom in Queensland, anyway?

Moreover, it was in the Year 2022 when it was officially reported that two of the three Great Barrier Reef regions had the most coral cover in 36 years.  The third region of the Great Barrier Reef became a smorgasbord for hungry crown-of-thorn starfish.  All in all, the Great Barrier Reef is categorically regenerating, and this news invalidates Michael Mann's predictions of doom, as much as it negates his competency.  Mann looks to be too incompetent to make any forecast longer than five days into the future, if that long.

Now, the 30th Parallel South Latitude runs through Southern Australia.  That latitude is where the Hadley Convection Cell exists, thereby causing the existence of deserts.  Thus, the desert lands of Australia are only there, because of a high pressure descending air convection cell, and NOT because of CO2  or  N2O  or  Methane  or whatever else the Global Warmists claim to be the cause of doom.

For those unaware, all major deserts are on the 30th parallel, North & South, due to super large convection cells that circumference the Earth.  In addition, there are moderate deserts located on the Leeward side of Mountain ranges.  So stated for the record.

In addition, the Northern territory of Australia can be rough, and the Tropic of Cancer runs through the center of Australia.  Rugged land, yes.  But, Michael Mann is trying to deceive humanity into thinking that co2 only recently caused Australia to look the way it has looked for thousands of years.  You had to have heard of the Australian Outback.  Correct?  CO2 did NOT create it.   It has been around for a long time.

All in all, in my opinion (protected by U.S. Supreme Court case-law authority Times vs Sullivan) Michael Mann is a premeditated liar ... an outright con artist.  It's no mystery why Tim Ball said that Michael Mann belongs in the State Pen.  Lots of money was conned out of Congress, in the name of man-made-co2-driven Climate Change.  There still exists "theft by deception" in the law books, and there still exists in the U.S. Code, the False Claims Act.

Yet Another Michael Mann Lie

See:  A representative of the Nobel Foundation clearly stating that Michael Mann is NOT a Nobel laureate of any kind.

And remember, ladies & gentlemen, if it weren't for Michael Mann pushing his fraudulent end-of-the-world hockey stick graph, in his claiming that doom is soon to be here, you would not have to have payed $4.50, $5.50, and even $6.50 per gallon for fuel, just so that you could go from Usual Point A to Usual Point B.  After all, it was Mann who claimed that the Planet Earth's climate was mild for a thousand consecutive years, and then was made into a tempest by the Industrial Revolution.

The truth is that turbulence is an aspect of the round, rotating, and tilted Earth's atmosphere.  Look at the time-lapsed video of cloud masses, if you don't believe this to be the case.  Then, simply look into the history of shipping, during the Age of Exploration ... and colonization.

In summary . . .  in the past one thousand years, there have been hundreds and hundreds of documented sea storms and the accompanying destruction of ships and even fleets.  For example, there were 120 Spanish-language documentations of sea storms, for the 16th Century alone.  Even the Famous Ponce de Leon reported a 1508 storm.

You know, when the Mann v Tim Ball lawsuit came to a close, Tim Ball let me know that he intended on letting the world know how much suffering Michael Mann caused him to endure.  All that Tim Ball said, to trigger the lawsuit, was that, "Michael Mann is at Penn State, and he should be in the State Pen."  That one sentence caused Tim to release his financial reserves, out of desperation.

Tim could not spend the remaining years of his life in peace.  He had to be tortured by Michael Mann.  Michael Mann showed that he does not care about humanity.  He has no sensitivity for human suffering, evidenced by him causing human suffering.  After all, how much money do the poor have to pay at the gas pumps, during the Biden administration years?

BTW, Tim Ball extended courtesies and diplomacy toward me, because I am the son of an United States Air Force decorated combat vet, and Tim was a pilot in the Canadian Air Force.  So, Tim reached out to me, out of respect for my father.  Plus, I did ask Tim for some advise on undoing the blatant meteorological, statistical, and historical lies told by the Gore-Hansen-Mann cabal.
This Climate Con Game is so blatant.  It's like reading a trick question.  How could people not instantly see it ?  Oh, they were never taught textbook material that was known long before Al Gore put his face in front of a camera.
In not allowing that textbook material to be readily spoken on TV, it is equivalent to doing a Nazi book burning, on a Crystal Night.  Nice Freedom of Speech that Al Gore, Michael Mann, and Captain Bow-tie allow, not to mention . . .           Oh, that's right.  I can't mention it.
from Patrick Anthony Pontillo on 12/13/2022