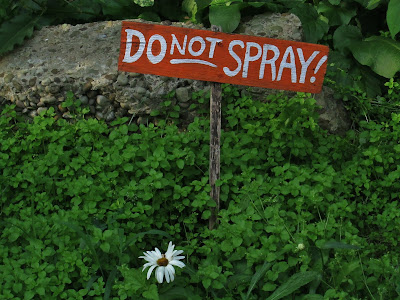 The AMA, the American Academy of Allergy Asthma and Immunology
(the AAAAI), and the American Lung Association (the ALA) have all
acknowledged the following:

They acknowledged the existence of Chemical Sensitivity as it applies
to Asthma and Asthma-like conditions, as well as sinusitis and adverse
skin conditions such as dermatitis and urticaria (rashes.)  This includes

All three associations have acknowledged that chemical-bearing agents can
trigger asthma attacks in susceptible persons. This includes chemically laden
fragrance products.  In as much everyone on earth needs air to breath.  No one
needs vain and gluttonous amounts of artificial fragrances products.

Each organization advocates the practice of Environmental Control;
of avoiding airborne agents which trigger one's asthma.   In fact, the
AMA has formally referred to Avoidance as "Control of Factors Con-
tributing to Asthma Severity."   In French medical Literature, avoid-
ance is known as "Strict Eviction."

Examples of recognized asthma triggers in the chemical category
include:

[A] "NO2" from gas stoves and fireplaces,  fumes from
kerosene heaters, and volatile organic compounds
from carpeting, cabinetry, plywood, particle board,
and fumes from household cleaning products."

[B] "Air pollutants such as tobacco smoke, wood smoke,
chemicals in the air and ozone"

"Perfume, room deodorizers, cleaning chemicals, paints, and
talcum powder are examples of triggers that must be avoided
or kept at very low levels."

"These 'triggers' can set off a reaction in your lungs and   other
parts of your body." Now, place an emphasis on "other parts
of your body," and keep in mind that:

Five to six thousand people die each year from asthma, in the United
States alone, and one of the highest asthma-related death rates has
been in Harlem, NY, as well as Detroit.   Ever so coincidentally, the
environs of Harlem are venues for NYC waste sites. Concerning this,
the AMA has expressly stated that:

The segment posted below appears in another Atlantic America article.
This means that it might look familiar to you.  In fact, the information in
quotations, as well as the asthma chart, was provided by the American
Academy of Allergy Asthma and Immunology, in its publican information
literature.  Needless to say, charts can be invaluable for individuals seek-
ing to learn fact.

Concerning the AAAAI that Barrett cited in his campaign to convince
mankind that Environmental Illness is merely a matter of mental illness,
it published an instructional website about Occupational Asthma.  The
AAAAI has already acknowledged that Occupational Asthma can be
caused by a number of chemicals at nontoxic/ambient levels, afflicting
a number of  workers employed in a number of  industries.

The same public education material of  the AAAAI states:

Regardless of the efficiency of clinician assessment and pa-
tient self-monitoring, if the patient's exposure to irritants
or allergens to which he or she is sensitive is not reduced
or eliminated, symptom control and exacerbation rate may
not improve.  Formerly titled 'Environmental Control,' the
key points in this area logically include efforts by clinicians
to pinpoint causative agents and to provide specific advice
on how to avoid or reduce exposures to environmental or
dietary triggers and drugs that may provoke or exacerbate
symptoms." AMA Report 4, Council on Scientific Affairs (A-98)
============================================
from Patrick Anthony Pontillo on 10/23/2022