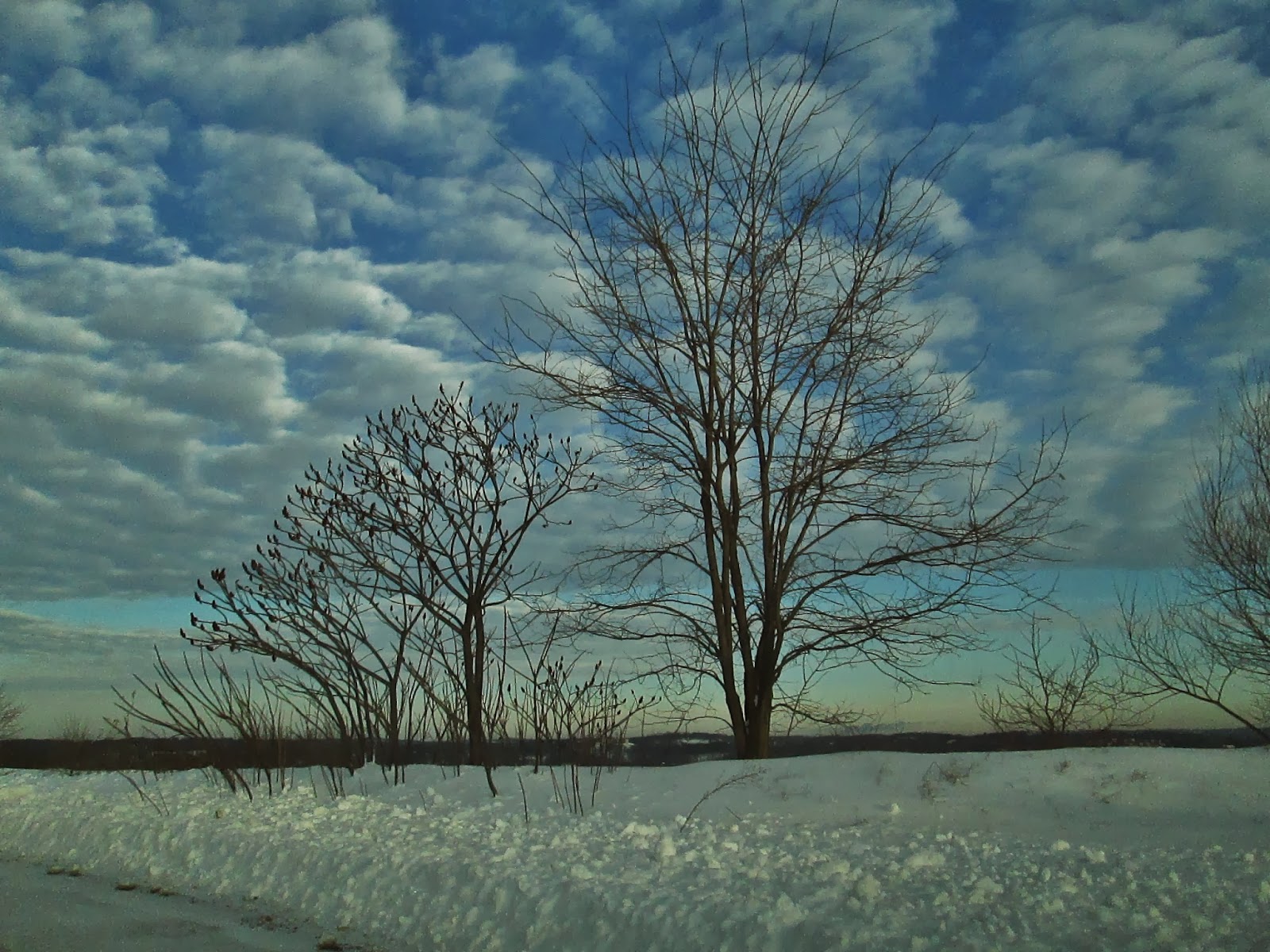 Mainstream medical science has already proved the existence of
chemical allergies.  Immediate onset and delayed reactions have
long since been proven to exist.  The reaction occurring within an
hour are known as an Immunoglobin-E reaction.  It occurs by the
process of "haptenation."  Haptenation is simply the act of a low-
weight molecule taking a piggy-bank ride on a much larger mole-
cule, thereby enabling an allergic reaction to transpire.

Chemicals have also been proven to trigger what is known as cell-
mediated delayed allergic reactions.  These mostly affect the skin.
Next comes the delayed Immunoglobin-G reaction.  This reaction
adversely affects the respiratory system.  In summary, these involve
adverse reactions to non-toxic levels of chemical exposure.  Such
low levels are known are ambient levels.

Today, testing for IgE-meditated chemical allergies is done through
RAST testing.  It used to be done through the traditional skin prick
test.   In as much, it's at the OCCUPATIONAL PANEL where the
request for chemical allergy testing is listed on ye olde RAST TEST
ORDER FORM.  Therefore, don't look for any "chemical panel" on
a RAST TEST form.  Look for the occupational one.

Posted below is a partial list of objective medical findings that have en-
tered into the records of chemically sensitive patients and into research
documentation.   It appears after an introduction and a narration of a re-
latively recent case study.   The introduction shows how objective med-
ical findings can be entirely missed during a "cursory medical examine.
The case study also confirms that, simply because insurance company
attorneys allege something in a workman's comp case, it doesn't mean
it's true.

Not Detected by the Standard Chest CT Scan.
Yet Detected via the End-expiratory CT Scan.

A January 2002 article that remains posted on the Fox News website
declared it "junk science."   It was/is the emergent illness which afflict-
ed persons exposed to the debris of  the World Trade Center collapse.
Unofficially called "World Trade Center Syndrome," its distinctive fea-
ture was the "the WTC Cough,"  and its symptoms included shortness
of  breath.

A newly emerged illness had just made the scene, and just as quickly on
the scene was a political operative ridiculing people's notice of it.  Then
came November 30, 2004, when it was officially disclosed that some of
the afflicted crew members of  the ground zero cleanup operation were
actually suffering from the trapping of  air.   These workers were suffer-
ing from Small Airways Disease, and it was the end-expiratory CT scan
that confirmed it to be true.   The standard chest CT scan overlooked it.

The upper airway endoscopy is recognized by mainstream medicine as
an effective means by which pathologies of the septum, nasopharynx,
turbinates, mucosa, adenoids, eustachian tube orifice, tonsils, posterior
tongue, epiglottis, glottis, and vocal cords can be easily seen.   It was
the fiberoptic rhinolaryngoscopic exam which resulted in researchers
realizing (in the early 1990s) that the Multiple Chemical Sensitivity
Syndrome which was presumed to involve no objective medical find-
ings showed signs of being a physical pathology.  In fact, the golden
rule for diagnosing Irritant-associated Vocal Cord Dysfunction came
to be that of  a flexible fiberoptic rhinolaryngoscopic examination, per-
formed upon a patient only when he/she is symptomatic.

The human body is regarded as exceptionally complex.  Therefore, the
reasonably minded person should understand that the cursory physical
exam and garden variety testing do not detect everything.  This under-
standing, in addition to the preceding paragraphs, offers insight as to
why a number of  chemically sensitive persons have been declared to
have no objective medical findings.

The narration posted directly below should offer more detailed insight
to this.  It involves a case study which teaches us that, simply because
corporate defense attorneys assert something in a workman's comp
case, it doesn't automatically mean that it's true.

A woman whose workplace was a former coal tar research building be-
came ill six months after having worked there.   A laboratory confirmed
that her workplace was laden with very fine monofilament fibers.   The
smaller the molecular agent, the greater is its potential to infiltrate and
afflict the inner recesses of the complex human anatomy.   Furthermore,
there was also the matter of pesticide exposure, ambient solvent expos-
ure, and mold exposure to take into account, concerning her workplace
environment.

After the woman had initially become ill, she kept going to work, making
her condition worsen and making her have to quit work entirely.  In fact,
a fellow employee of quit working and then moved to Arizona.  Other
fellow employees mentioned that they were being sickened, too.

The business no longer operates in the former coal tar research center.
Moreover, a large corporation was involved in this matter, despite the
fact that the antics of  a small fly-by-night business are described.   In
fact, the corporation's total stockholder equity was marked as being
over eleven billion dollars in 2005.

[1]  a stinging tongue.
[2]  shortness of  breath.
[3]  burning nasal passages.
[4]  a metallic taste in the mouth.
[5]  an adrenal-like stream throughout her solar plexus.
[6]  headaches accompanied by the bruised feeling at the
cheekbones and temples.
[7]  ice-like numbness pervading her upper-respiratory
tract (on specific occasion.)

She detected the presence of particular airborne substances, simply be-
cause she unavoidably tasted them on her tongue.  In fact, one of her
symptoms was the metallic taste in her mouth.   She could no longer go
to the places she used to frequent without becoming symptomatic, be-
ing that a number of  airborne agents would now trigger her ills.  This
included fragrances, engine exhausts, and musty cardboard boxes.

She lived in the American state which, at the time, had the fourth worse
air quality in the United States.  In addition, she had no prior history of
asthma, no history of chronic upper-respiratory ills, and no history of
allergies.

She received the diagnosis of agoraphobia & panic attacks, by a "men-
tal health person."   The corporate attorneys involved in her workman's
comp case asserted that she had no objective medical findings to sup-
port her claims.   However, an allergist and immunologist gave her the
diagnoses of  Asthma, Rhinitis, and Chemical Sensitivities.  Meanwhile
a cytopathologist gave her the additional diagnosis of  Reactive Hyper-
plasia.   In fact, in emergency room settings, she received the Asthma
and Rhinitis diagnosis.   Yet, assertions of mental illness had been set
forth on record and asserted in court depositions as the cause of  her
ills.   The assertions were significantly weakened in less than an hour.

On October 13, 2005, a fiberoptic rhinolaryngoscopic exam was per-
formed on her.  The exam was conducted by an ear nose throat and
allergy specialist who also happened to be a fellow of the American
College of  Surgeons.   The woman who was said to have no objec-
tive medical findings to support her symptoms was found to have:

[1]  postauricular adenopathy.
[2]  grossly enlarged turbinates.
[3]  shoddy posterior cervical adenopathy
[4]  some erythematous changes of the uvula.
[5]  some mild edema of the true vocal cords.
[6]  thickened coating over the dorsum of  the tongue.

The physician's impressions, as are stated on record, were:

The conclusion is that, whatever be the medical condition this lady has,
it is one of  a physical origin and mechanism.   If she were not made ill
from workplace exposure, then she was made ill by some other physi-
cal cause.

The story isn't over, of course.   Objective medical findings had been
entered into her records even before the October exam.  She was doc-
umented as having "gruntled breathing" during an ER visit.   She was
also recorded as having wheezed and crackled during other ones. In
fact, she already was found to have adenopathy.  Plus, tachycardia,
erythema of  the oropharynx, and hypopotassemia had also been
entered into her medical records before the October 13th rhinolaryngo-
scopy.   Yet, she was branded with the "mental illness stigma," by the
corporate defense attorneys and one independent medical examiner
hired by the antagonistic corporation.

Furthermore, after she had become ill, she tested severely positive for
dust mites and no other high weight molecular agent (such as ragweed,
tree pollen, etc.)   Yet, she has no prior history of  allergies.  Now, she
was exposed to inordinate amounts of  dust at her former place of  work,
and a person can become sensitized to dust mites.   After all, there exist
cases where barn workers became sensitized to storage mites.

The account of  the chemically sensitive woman who has over a dozen
objective medical findings attached to her medical records can be ac-
cessed by clicking on the web link provided directly below.

Chemical Exposure During Testing is Often a Necessity

There is one thing to note about a plurality of chemical sensitivity con-
ditions.   In order to acquire objective medical findings, you have to
be examined while exposed to a chemical agent that assails you.  In
fact, you have to be tested /examined while symptomatic.  You will
not acquire objective medical findings in a vaccuum, in most testing.

In light of this, it was not an unheard event for a chemically sensitive
patient to be found hunched over a waste basket after having been
administered a skin prick test.  Furthermore, patch testing has result-
ed in a few occasions of anaphylaxis, and being made symptomatic
before a rhinolaryngoscopic exam is not a painless event.   Moreov-
er, the inhalation challenge test that measures FEV1 and the such is
not recommended for those who are extremely hyperresponsive.

If the Detractors of  MCS Admit to Even One Objective
Medical Finding in any Type of Chemically Sensitive
Patient, the Effect of their Propaganda Will Be Diluted

If the detractors of Multiple Chemical Sensitivity disclose even one ob-
jective medical finding in chemically sensitive patients, they will risk ex-
tinguishing the disrespect and indifference that their literature serves to
incite.    This will incline people to take a very respectful view of envi-
ronmental illness.   In learning that there exists a spectrum of chemical-
specific, case-specific, single systemic, and systemic forms of chemical
sensitivity have already been found to exist, the public will surmise that
it will only a matter of  time before the controversy involving Multiple
Chemical Sensitivity will be resolved.  In light of this, a list of objective
medical findings in chemically sensitive patients is posted below:

Bronchial hyperresponsiveness in inhalation challenge testing.
This includes things such as the drop in FEV1:
Forced Expiratory Volume after 1 second of time.

Simultaneous release of Leukotriene B4 and Interleukin-8;
(LTB4 is a chemokine.  IL-8 is a toxin to neutrophils.)

Abnormal liver function in the absense of viral infection.

Exorbitant presence of  n-acetyl-benzoquinoniemine;
a toxic liver metabolite associated with P450
cytochrome inducers such as acetaminophen.

Edema of the true vocal cords.

Note 1:  There are fiber optic rhinolaryngoscopic exam find-
ings that were not posted above.  In order to read
of  the additional findings, see:  Rhinolaryngoscopic
Examination of Patients with Multiple Chemical
Sensitivity Syndrome, found at:
http://www.ncbi.nlm.nih.gov/pubmed/8452394

Note 2:  There are also instances of hematotoxicity triggered
by nontoxic benzene exposure.  See:  Hematotoxcity
in workers exposed to low levels of benzene, found
at:  http://www.ncbi.nlm.nih.gov/pubmed/15576619