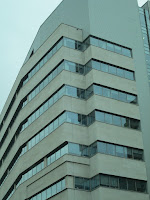 Stephen Barrett is co-author of "Chemical
Sensitivity:  the Truth about Environmental
Illness."  Of course, the truth is missing from
the book.  The book was an attempt to  con-
vince mankind that Chemical Sensitivity is
mental illness.  This is in contradiction to
Barrett's own writings, being that he once
stated that there are legitimate cases where
repeated chemical exposure caused harm.
None the less, the campaign of Barrett and his associates lost its last ves-
tige of credibility with the 911 clean-up crew members who developed
Small Airways Disease and Reactive Airways Dysfunction Syndrome.
Concerning this, the experts at Mt. Sinia in NYC discovered that it was
the pulverized concrete dust, with all its alkalinity, which caused those
specific respiratory diseases to develop.  Those diseases consisted in
sensitivity to a plurality of synthetic chemicals and naturally occurring
ones, as well.

In Barrett's relentless campaign which has shown itself  to have been
solely a money-making venture, he cited a 1999 position statement
issued by the American Academy of Allergy Asthma & Immunology.
The position statement is titled Idiopathic Environmental Intolerances,
and the title refers to the claim that Environmental illness has no identi-
fiable cause.  This is deceptive, because Occupational Illness has easily
identifiable causes, namely the chemicals, molds, and irritants in one's
place of work.  Needless to say, the symptoms of Occupational Illness
are often the same as the ones involved in Environmental Illness. 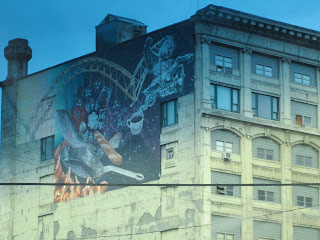 In contrast to the chemical attacks of WWI, 21st Century mankind under-
goes a pernicious, execution style chemical attack, with tens of thousands
of synthetic chemicals used in commerce and industry with such prevalence
that those  chemicals reach the common household, even its drinking water.

The odd thing about the AAAAI position statement is that it admits to the
authentic existence of specific environmental illnessess.  Yet, it denies the
existence of Multiple Chemical Sensitivity so much so that its author(s)
changed the name of the illness to Idiopathic Environmental Intolerance.
However, IEI did not replace MCS at Johns Hopkins, Mt. Sinai, Central
New York Occupational Clinic, Marshall University, and Cambridge
Hospital.

Perhaps Barrett Should Have Read
the Entire Text Before Citing It

As I previously stated, the irony to Barrett's citing of the 1999 text, in
order to strengthen his anti-MCS assertion, consists in the fact that the
1999 position statement expressly recognizes the existence of "true en-
vironmentally caused diseases."

Within that same published text appears examples of such true envi-
ronmental illnesses.   The examples in the text include:

[The aforementioned diseases appear by name at the section nearest to
the Summary.  That section is titled,"Comparison with Other Illnesses."]

1)  Stephen Barrett called Sick Building Syndrome "a fad diagnosis."
The AAAAI did not do so.

2)  Reactive Airways Dysfunction Syndrome (RADS) is regarded by
the AMA as "a subset of Irritant-induced Asthma."   It's a chemical
sensitivity disease and a form of environmental illness.   Yet, has the
never-board-certified Stephen Barrett and his fellow propagandists
ever acknowledged the existence of this particular form of chemical
and irritant sensitivity disease in their writings?

The Chemical-bearing Agents that MCS patients Avoid Are the
Same Ones which the AMA, AAAAI, and ALA Recognize as the
Triggers of Asthma and Rhinitis

4) The 1999 position statement acknowledged the following:

"Certain environmental irritants, including some of
those mentioned above, are recognized as triggers
for patients with asthma and rhinitis."

[The above-cited quote appears at the section titled, "Clinical
Description of IEI."]

The environmental irritants mentioned in the same section of the
AAAAI's 1999 position statement are:

- two things not claimed to trigger asthma and/or rhinitis.

In order to confirm that the above-mentioned things are recognized
as asthma triggers by mainstream medical science, see:

The above-cited web addresses are those of the American Lung Asso-
ciation, the AMA, and the same AAAAI Barrett elected to use in his
campaign to convince mankind that Chemical Sensitivity is nothing more
than a psychological illness.   In as much, count the number of chemical-
bearing agents that the three mainstream associations regard as asthma
triggers.

Concerning the AAAAI that Barrett cited in his campaign to convince
mankind that Environmental Illness is merely a matter of mental illness,
it published an instructional website about Occupational Asthma.  The
AAAAI has already acknowledged that Occupational Asthma can be
caused by a number of chemicals at nontoxic/ambient levels, afflicting a
number of  workers employed in a number of  industries.

The same public education material of the AAAAI states:

Stephen Barrett can mock the diagnostic title, Multiple Chemical Sensi-
tivity, all that he wants to.  It will not take away the fact is that chemical
sensitivity has already been recognized in case specific form.  Nor will it
take away the fact that the sufferers of those case-specific forms of chem-
ical sensitivity need to avoid the chemicals which exacerbate their medical
conditions.

Regardless of the efficiency of clinician assessment and pa-
tient self-monitoring, if the patient's exposure to irritants
or allergens to which he or she is sensitive is not reduced
or eliminated, symptom control and exacerbation rate may
not improve.  Formerly titled 'Environmental Control,' the
key points in this area logically include efforts by clinicians
to pinpoint causative agents and to provide specific advice
on how to avoid or reduce exposures to environmental or
dietary triggers and drugs that may provoke or exacerbate
symptoms." AMA Report 4, Council on Scientific Affairs (A-98)
============================================
from Patrick Anthony Pontillo on 10/16/2022