Chemical Allergies Were Proven to Exist Long Ago 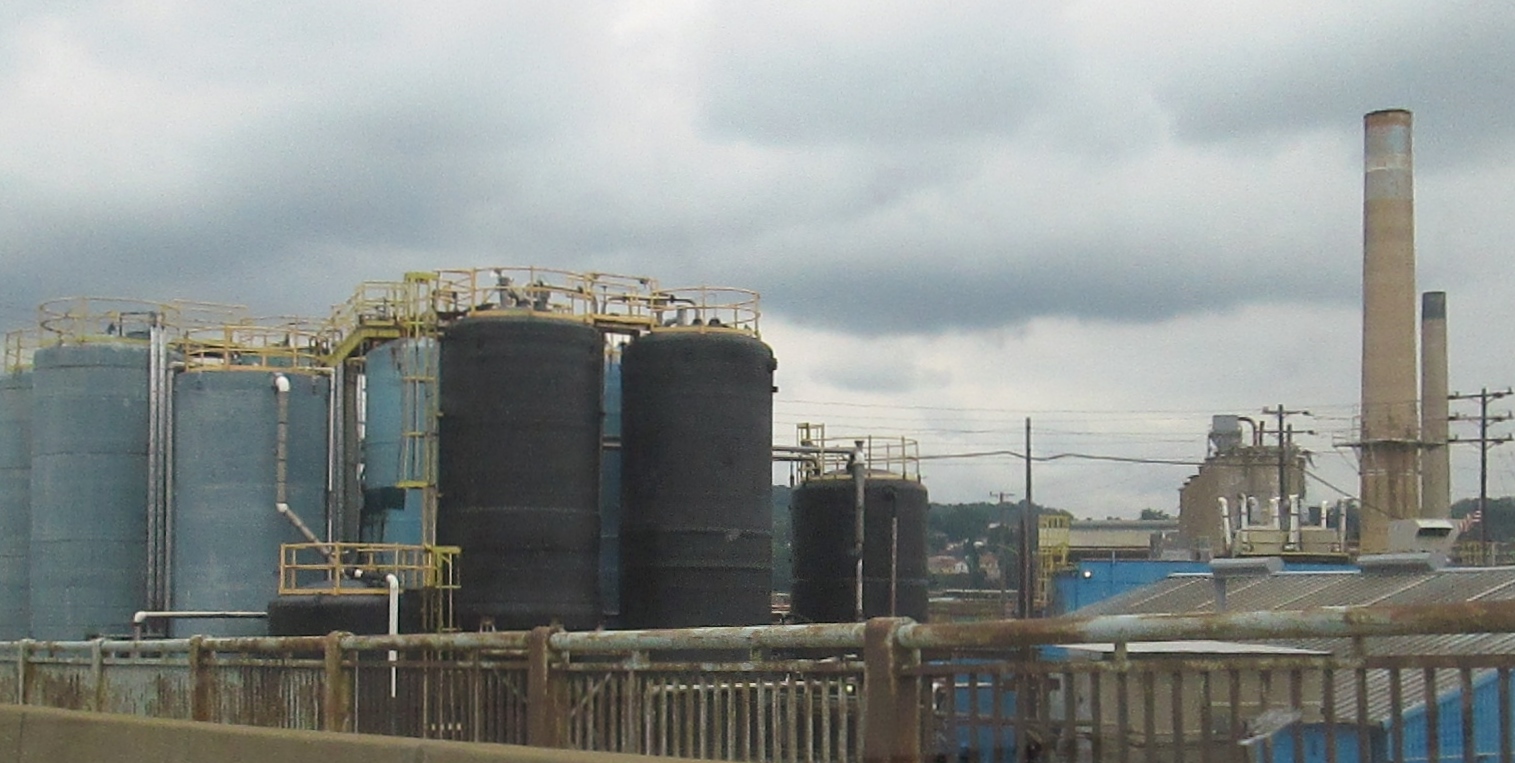 Stephen Barrett "MD" is an outspoken individual who retired from
psychiatry in 1993 and then proclaimed himself  "the media" in 2001.
He was never board-certified in psychiatry, and he was never board
certified in any other discipline.   He has zero experience as a practit-
ioner in every form of internal, dermatological, and dental medicine.
He was not a researcher in any capacity, either.   Neither was he a
biochemist nor a vaccinologist nor a pharmacologist nor a medical
technologist nor anything similar.  He spent inordinate amounts of
time suing people, including a disabled woman to whom he lost.

In the late 1980s he wrote an article titled, "Unproven Allergies."  Big
problem with that title, though.  Those allergies were proven to exist,
in the world of Occupational & Environmental Medicine, even during
the writing of the deceptive text.  Take note of the following:

An Allegation of  Stephen Barrett that Calls for a Response:

Stephen Barrett alleged, throughout his anti-MCS literature, that
a primary test for chemical sensitivities consists in ...

(II)  ... by which a diluted chemical solution is placed under ...
the tongue of a patient (or injected through his skin), ...

(III) followed by nothing more than the patient reporting if whether or
not he experiences any symptom from the administered chemical
solution.

This allegation, in combination with numerous omissions of  fact,
can easily deceive a beginner into assuming that there has never
been a test to prove the existence of chemical sensitivities.  This
allegation, therefore, calls for a response.

(1)  The testing for chemical sensitivities has included, but has not been
limited to, ...

(I) ... the traditional skin prick test, otherwise known as the SPT.

(II)  In skin prick testing, a test-subject is regarded as having  tested
positive when a visible and measurable wheal, equal to or larger
than a designated size, appears as a result of the skin test.

(III) The size of  the wheal is then recorded in numerical form, and
numerical measurement constitutes objectivity.

IgE-mediated Chemicals, via the Process of Haptenation

(2)  The purpose for the SPT is to test for immediate onset hyperreac-
tivity.  This is a Type I reaction, and such a reaction occurs within
one hour of  exposure.

(I)   IgE stands for Immunoglobulin E, and an immunoglobulin is a pro-
tein produced by plasma cells & lymphocytes, serving the function
of  an antibody.

(II)  A number of chemicals have been found to trigger immediate on-
set reactions, and a subset of  those have been discovered to be
IgE-mediated, via a process known as "haptenation."

(III) Haptein is a greek word which means "to fasten," and a hapten is
a low weighted molecular agent that reacts with an antibody, but
cannot induce the formation of an antibody until it is fastened to
either a carrier protein or to a large antigenic molecule.  Chemi-
cals happen to be agents of  low molecular weight.

(3)  In addition, there are a significant number of chemicals that have
been found to induce the Type IV, cell-mediated hyperreactivity.
This is known as "delayed allergic reactivity," and this type hyper-
sensitivity results in dermatitis or anaphylaxis.

(I)  Concerning the Type I and Type IV hyper-reactivity, the Practice
Parameter for Allergy Diagnostic Testing, as is issued by the Joint
Council of Allergy Asthma and Immunology, states:

"Many chemicals (e.g., sulfonechloramides, azo dyes, par-
abens, fragrances) used as additives in foods, drugs, and
cosmetics may induce either IgE-mediated reactions or
contact dermatitis, or both." Ann Allergy 1995; 75:543-625

(4)   In addition, a number of chemicals have been identified as irritants,
being that they trigger "nonimmunological" responses.  There is ev-
en a nonimmunolgical form of  anaphylaxis, known as the "anaphy-
lactoid reaction."   Such a reaction produces the same final result
as doe an immunologic anaphylactic reaction.  The only difference
between the two types of  reactions is in the triggering mechanism
of them.  That is to say:

(I)    Thus, there is Allergic Asthma, and then there is Irritant-induced
Asthma. One type of asthma is immunologic, while the other type
is not. You are not inclined to run a 26 mile marathon whenever
you are exposed to your asthma triggers.

(5)  Hypersensitivity reactions can be triggered via:

(a)  Allergic Sensitization.   This is induced by repeated exposure to
a sensitizing agent such as formaldehyde, glutaraldehyde, or phenyl
isocyanate.  Then, upon becoming sensitized, further exposure to
the same agent results in an antibody release or an inflammatory
chemical release.

(b)   Direct Irritation.   This is induced in those who are "atopic," in
person who possess chronic vulnerabilities aand/or pre-existent
conditions.   Such persons develop "symptoms immediately af-
ter exposure to substances such as chlorine, ammonia, sul-
fur dioxide, and environmental smoke."

(c)   Pharmacological Reaction.   This comes as a result of the fact
that some chemicals and nonchemical agents elevate the produc-
tion of chemicals that naturally exist in the body.  An example of
a naturally existent chemical in the body, able to have its level ele-
vated by nontoxic chemical exposure, is acetylcholine.   A case
in point is the organophosphate/carbamate class of pesticide.  At
nontoxic levels, it can elevate the level of acetylcholine in the lungs,
because that class of  pesticide inhibits acetylcholinesterase, the
enzyme which displaces/dissolves acetylcholine.

For further understanding on this, see the Mayo Clinic's teaching
on Occupational Asthma.   It is found at:

A Sample of IgE-mediated Chemicals

(6)   For confirmation purposes, examples of IgE-mediated chemicals
which can be involved in skin testing, include the following:

It has even resulted in anaphylaxis, via "Cidex OPA." See:

It is masked behind a number of aliases, and it outgases from the
shampoo and liquid soap ingredients, imidazolidinyl urea, DMDM
hydantoin, diazolidinyl urea, and quaternium-15.   See:

They are also known as fiber-reactive dyes, as well as azo dyes.
They include Remazol Black B.   See:

It is used in the production of  plastics, herbicides, pharmaceuticals,
and fiber-reactive dyes.  It is also a structural component of mono-
chlorotriazine and dichlorotriazine dyes. See:<>   Immunologic cross-reactivity between respiratory chemical
sensitizers: reactive dyes and cyanuric chloride.    {J Allergy
Clin Immunol. 1998 Nov;102(5): 835-40}

(7)  The test which Barrett condemns in his anti-MCS literature is the
provocation-neutralization test.  In fact, the only type of medical
practitioner that he mentions in the same literature is the so-called
clinical ecologist.  Barrett inaccurately explained the provocation-
neutralization test, in his omitting of pivotal fact, and he additional-
ly gave the illusion that the only people on earth who test for chem-
ical sensitivity are the so-called clinical ecologists.

(I)   Firstly, the diagnosing of  the various forms of chemical sensitivity
has been occurring in the worlds of the Nose, Throat, & Allergy
Specialist, the Occupational and Environmental Health Specialist,
the Dermatologist, and even the Chest Physician.   In fact, from
the world of  the chest physician came the golden rule for diag-
nosing Irritant-associated Vocal Cord Dysfunction.  In addition,
two pivotal papers on chemical sensitivity were produced by the
head of  the department of  emergency medicine of an American
university.  Yes, Emergency Medicine.

(II)  Secondly, Stephen Barrett failed to mention that the provocation-
neutralization test has included the measuring of objective skin
wheals, and it was also used to detect allergies to insect stings.

Barrett Failed to Mention that it is an Offshoot
of  the Serial Endpoint Titration Skin Testing
Procedure, Covered by Aetna Insurance

(8)   The provocation-neutralization test is actually an offshoot of the
serial endpoint titration skin testing procedure, covered by Aetna
Insurance.  This is pertinent to note in light of the observation that
Stephen Barrett has repeatedly stated what Aetna covers, as if
Aetna alone is the ultimate benchmark in diagnostic testing.

(II)   The same testing then seeks to find the neutralizing dose of the
same allergen or venom.  Now, this is done for immunotherapy
purposes and the neutralizing dose is found in a series of skin
prick tests.  The dose at which a patient no longer experiences
a hypersensitivity reaction is the "endpoint."   It constitutes the
neutralizing dose.    It then becomes the "safe starting dose" for
immunotherapy.   Thus originates the name "neutralization" in the
provocation-neutralization test.  The set goal of a provocation-
neutralization test is to identify the "neutral dose."

(III)   In summary, the provocation-neutralization test looks for
objective skin wheals, while simultaneously asking the pa-
tient how he/she feels when, of  course, such testing involves
skin prick testing.  The appearance of wheals have been docu-
mented in such testing.

(IV)  The diagnostic parameters become exceeded when the testing is
considered positive on an either/or basis; on the basis of either
the appearance of an objective skin wheal or the subjective re-
porting of a symptom.  However, this is test concerns itself with
prognostic parameters, also.

(V)   Nonetheless, to consider a test positive exclusively on the merits
of an objective skin wheal is to keep the diagnostic part of skin
prick testing within acceptable parameters.  It's the sublingual
drops version of such testing which raises eyebrows.

(9)   Objective skin whealing was consistently documented
during a research undertaking that tested the reliability
of the provocation-neutralization test.   The result of
the research goes as follows:

(I)   Thus, in the skin test version of the provocation-neutralization
test, "wheal reactions showed a distinct pattern."

(II)   The conclusion of that research undertaking goes as follows:

"Skin response alone may be a more reliable indicator
and require cross-validation with other tests, such as
oral and inhalation challenges and comparison with
a control population." See:

"Since provocation-neutralization requires the provoking
and neutralizing of symptoms to a single item at a time,
a patient could be required to undergo hundreds of indi-
idual tests requiring weeks or months of full-day testing."
(Well, this is what Aetna states and its bottom line is money.)

(IV)   The bottom line is that skin testing has been used to identify indi-
vidual chemical sensitivities to chemicals such as formaldehyde
and phenyl isocyanate, and phthalic anhydride.  Tested patients
produced the objective medical finding of visible and measurable
wheals.  This has included forms of testing other than that of the
neutralization-provocation test.  In fact, this has included RAST
Testing.