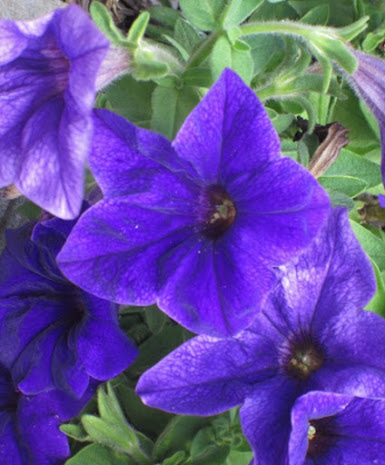 The fight to breathe, the metallic taste in the mouth, and the stinging
tongue.   Numbness in the upper-respiratory tract,  the dry heaving
episode, and the headache that leaves cheekbones and temples feel-
ing bruised.  It involves a world that has also included hepatic injury,
(liver cell death/necrosis), dermatitis, urticaria, hematotoxicity (the
killing or damaging or red blood cells), and anaphylaxis.  Technical-
ly this condition is regarded as Chemical & Irritant Sensitivities.

The Razor Blades of  Defamation

Mainstream medical science has already established that chemicals,
at nontoxic levels, aren't universally harmless.  Numerous chemicals
have been identified as sensitizers, while other ones were already cat-
egorized as irritants.  Chemical Sensitivity has already been defined in
case-specific and body-system-specific form.  Irritant-induced Asthma
and its subset condition, Reactive Airways Dysfunction Syndrome, is
one form, while Airborne Irritant Contact Dermatitis is another form.
Chemical sensitivity is already a well-established component in main-
stream medical science, and so too is the irritant-induced reaction.
However ...

Throughout the past fifteen years, literature has been posted online that
can easily deceive a novice into assuming that no chemical of any kind,
whenever encountered at a nontoxic level, could ever trigger an adverse
reaction in anyone.  The literature accentuated the Multiple Chemical
Sensitivity debate, while simultaneously declining to acknowledge the
existence of the several case-specific forms of chemical sensitivity, such
as Reactive Airways Dysfunction Syndrome, Irritant-induced Asthma,
and Occupational Asthma due to Low Weight Molecular Agents which
had already been identified and defined.

Each piece of  propaganda asserted that Multiple Chemical sensitivity is
merely a matter of mental illness.  As a result, persons not familiarized
with Occupational and Environmental Medicine were clueless that suf-
ficient medical findings in a number of chemically sensitive patients were
identified, along with the numerous chemicals that triggered the adverse
reactions.

It had even gotten to the point where insecticide providers boldly pro-
claimed that their product lines were entirely harmless, provided that
they were used according to regulatory guidelines.  This proclamation
was accompanied by the claim that all persons suffering from Multiple
Chemical Sensitivity were merely mentally ill.  However, mainstream
medical science had already established that nontoxic exposure to the
carbamate/organophosphate class of pesticide can cause a build-up of
acetylcholine in one's lungs and cause asthma to develop.

Perfumes Have Been Identified as Triggers of Asthma

Now, perfumes contain potent non-chemical ingredients as much as
they contain sensitizing chemicals.  Therefore, Fragrance Intolerance
includes hyperreactivity to non-chemical ingredients as much as it in-
volves hypersensitivity to chemical-bearing agents.  This means that,
in 1996, even persons who were not chemically sensitive were placed
under attack.

Never mentioned in the 1996 character assassination was the 1995
publication detailing a research undertaking which confirmed that
perfume strips found in magazines are asthma triggers.   [Ann Aller-
gy Asthma Immunol., 1995 Nov;75 (5):429-33 ].

In the years to follow, perfumes would come to be acknowledged as
asthma triggers by the American Medical Association, the American
Academy of  Allergy Asthma & Immunology, the American Lung As-
sociation, and the National, Heart, Lung, and Blood Institute.

Then, in 2001, a published medical report placed perfume among the
triggers of  anaphylaxis.  Yet, no apologies were ever made to the per-
fume intolerant by the propagandist who defamed them.

The phenomenon of  sensitization is not new.  Neither is it unproven.
Nor is it limited to matters involving Chemical Sensitivity.  The recog-
nition of the medical condition known as sensitization includes:

The Medical Doctrine of  Concomitant Sensitivity

Concomitant Sensitivity is also known as Cross-sensitization, and it
means that, if you're hypersensitive to one chemical compound, then
you are hypersensitive to all other chemical compounds with similar
characteristics.  An example of  Concomitant Sensitivity exists within
the family of  the acetylated salicylates.  To be adversely reactive to
one of  them is to be adversely reactive to all of  them.

You can be tested for IgE-mediated chemical allergies via the RAST
TEST.  The specific chemicals for which a person can be tested are lo-
cated in the Occupational Panel, when filling out the allergy test order
forms.   Case closed.   Mainstream medicine has recognized chemical
allergies for decades.  It's simply that deceptive propaganda, including
that of the unconscionable John Stossel, made society unaware of this.

There have been medical professionals who declined to support the re-
cognition of  MCS, but who simultaneously acknowledged that a per-
son can be severely hypersensitive to "one or a few" chemicals.  Such
an acknowledgment needs to be accompanied by a qualifying state-
ment.  That qualifying statement goes as follows:

The Demarcating Factor in MCS

If you're adversely reactive to dozens of chemical-bearing agents, but
have symptoms that affect only one reoccurring symptom, then you
are outside of  the MCS controversy.  This is because the demarcation
factor in MCS is not hypersensitivity to multiple chemicals.  Rather,
the demarcating factor is reactivity that adversely affects multiple
body systems.

As an example, if  bronchial hyper-responsiveness is your only chemi-
cal sensitivity reaction, then only one body system is involved, mean-
ing that there is no presence of Multiple Chemical Sensitivity to assess
in you.  The anti-MCS propagandists will have to find another way in
which to call you mentally ill.  That is to say, your case involves local-
ized chemical sensitivity.  It involves either Reactive Airways Dysfunc-
tion Syndrome or Irritant-induced Asthma; two similar conditions not
in controversy.

Nor does MCS have anything to do with multiple symptoms, per se.
You can have a repertoire of  reoccurring symptoms and be outside
of  the MCS controversy, if those multiple symptoms are limited to
the reactions of only one body system.  In such a case, the anti-MCS
people will have to find another way by which call  you mentally ill,
while simultaneously claiming chemicals to be virtuous and blame-
less at nontoxic levels.

The respiratory system is a body system that can host multiple symp-
toms.  Firstly, asthma can coexist with upper-respiratory ills, and the
upper-respiratory tract can be the host of  a number of  symptoms.  In
fact, within the world of  Occupational and Environmental Medicine,
it's a regular phenomenon to find asthma coexisting with Rhintis or
Rhino-sinusitis in the same one worker (or subset of  workers.)

In summary, it's neither the number of  symptoms nor the number of
chemicals that define Multiple Chemical Sensitivity.  It is the number
of body systems that engage in the hypersensitivity reactions that de-
fines it.  In the world of  Occupational and Environmental Medicine,
chemical sensitivity reactions have been documented as having had
adversely affected two body systems in the same one worker or sub-
set of  workers.  Such coexistence hints of the authentic existence of
MCS.

Formaldehyde is a suitable example to employ, in showing that hyper-
sensitivity to merely one HPV chemical constitutes hypersensitivity to
dozens of chemical-bearing agents.  Formaldehyde is a known trigger
of  asthma, rhinitis, dermatitis, and anaphylaxis.  It is released from a
number common products.  This includes those liquid soap and sham-
poo products that contain quarternium-15, diazolidinyl urea, DMDM
hydantoin, and imidazolidinyl urea.  In fact, go through the shampoo
and liquid soap section of  any store and see if you can find one pro-
duct free of  the ingredients listed above.

Formaldehyde shares common characteristics with benzaldehyde and
the sterilization agent, glutaraldehyde.  Therefore, the products which
bear glutaraldehyde and benzaldehyde are to be included in the list of
formaldehyde-releasing agents.  This includes cinnamon oil, and this
means that the phenomenon of  Concomitant Sensitivity, in combina-
tion with hypersensitivity to a few High Production Volume Chemicals,
can account for the reason why some individuals seem to be hypersen-
sitive to almost everything.

Then there is the matter of  chronically existent vulnerabilities, also
known as atopy.  One example is the upper-respiratory inflammation
known as boney turbinate hypertrophy.  It is a condition not known to
be able to resolve itself,as surgery has been the only treatment offered
for it, by mainstream medicine.

Cases of  chronically existent vulnerabilities can make a person hyper-
sensitive to both chemical and non-chemical odors.  Therefore, such a
person can be adversely reactive to the smell of  cleaning agents and
new vinyl products, as well as cooking odors, and musty cardboard.
Such a person might appear to be allergic to almost everything.

The bottom line is that chemical sensitivity has been proven to exist,
and to state otherwise is to defame the Occupational & Environment-
al Health programs who diagnose such conditions.  To do so is to de-
fame the private practitioners who treat chemical sensitivty, as well
as the patients who develop this type of condition.  Be it Reactive Air-
ways Dysfunction Syndrome, Airborne Irritant Contact Dermatitis,
Limonene Sensitivity, Aspirin Sensitivity, Methyltetrahydrophthalic
Anhydride Allergy, or Oil of  Turpentine Allergy, it is all a matter of
chemical sensitivity.