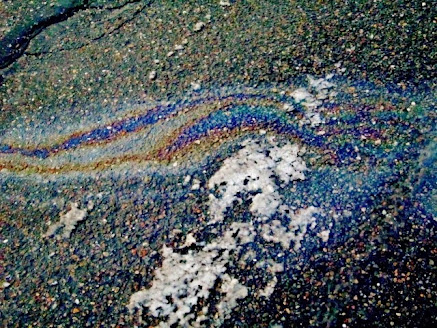 Stephen Barret MD is a never-board-certified psychiatrist of early retire-
ment.  He has zero experience as a practicing physician.  He obsessively
asserted that the Multiple Chemical Sensitivity diagnosis is an act of mal-
practice given to those who are merely mentally ill.  He then called Sick
Building Syndrome (SBS) a "fad diagnosis."  He additionally stated that
the Multiple Chemical Sensitivity diagnosis is the fabrication of a "small
cadre of physicians" who identify themselves as "clinical ecologists."  Of
course, this has been a falsehood, all along.  In fact, his anti-chemical
sensitivity article was originally titled, "Unproven allergies."  Well, those
allergies were proven long before he wrote his defamatory article.  To-
day, chemical allergies can be ascertained through the RAST Test.  They
used to be identified through stick prick testing, just like any other allergy.

Barrett's literature can easily deceive ant novice into assuming that the
MCS diagnosis has yet to be given at an Occupational & Environmen-
tal health clinic, as well as at any world renown medical institution.  Be-
ing that Barrett associated SBS with MCS, it leaves a novice to assume
the same things about Sick Building Syndrome.  Barrett's assertions call
for a response.

The Association of  Occupational & Environmental Clinics posts updat-
ed profiles of  its members, in State-by-State directory form.  In each
AOEC profile, mention is made of  the profiled member clinic's Most
Common Occupational Diagnoses & Most Common  Environment-
al Diagnoses.  Placed into focus at this point are the AOEC members
listed directly below.  The profile of each one dates from May 2008
to November 2011.

{1}  In the AOEC directory for the State of Connecticut, the second
member profiled is the Yale University Occupational and Envir-
onmental Health Clinic.  For years, it marked as one of its Most
Common Environmental Diagnoses, Multiple Chemical Sensitivity.
At this present time, it simply states it to be Chemical Sensitivity,
without the word, "multiple."

This can be additionally confirmed at the following Yale University
web address, under the heading, Chemical Sensitivites:

{2}  We next go to the State of New York. The fourth clinic profiled
in the New York directory is The Mount Sinai Irving J. Selikoff
Center. Among its three Most Common Environmental Diagnoses
is Multiple Chemical Sensitivity.  In fact, the Occupational Health
Clinical Centers, located in Syracuse, New York, also has Multiple
Chemical Sensitivity marked as one of its most common environ-
mental diagnosis.  In addition, the Long Island Occupational and
Environmental Health Center, in Medford NY, has MCS marked
as one of its two most common environmental diagnoses.

{3} Next comes Johns Hopkins' Division of Occupational and Envi-
ronmental Medicine.  According to the AOEC directory for the
State of Maryland, among Johns Hopkins most common envi-
ronmental diagnosis is Multiple Chemical Sensitivity.

Furthermore, a notable number of AOEC members have Sick Build-
ing Syndrome listed among their most common diagnoses.  This in-
cludes: