Atmospheric Methane is less than 2 parts per million, and the microbes Bill Gates wants you to eat make the methane via co-enzyme M. 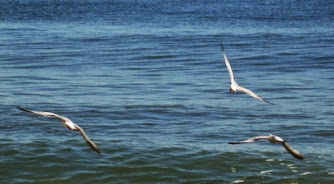 Methane only exists in the Earth's Troposphere at 1.909 parts per million; 0.00019% of the atmosphere.  Therefore, methane is NOT a factor in Global Warming in any capacity, even though a methane molecule has 28 times more IR heat retaining capacity than does a co2 molecule, and even though its presence in the Troposphere doubled in the past 122 years or so.  There is simply not enough methane in the atmosphere for you to worry.

Ironically, methane comprises 70% or more of the composition of natural gas which is a clean burning fuel.  Methane has a 92% efficiency rate, while coal's is 32%.   Yet, clean burning natural gas has been demonized.

Methane's danger is proximate to (close to) coal miners, ironically enough.  There keeps coming reports that methane emissions from coal mines have been higher than previously assumed. That's a conversation for another time, as is also the by-product of coal, namely fly ash --- aka flue ash.

Now, methane is a paraffin hydrocarbon, aka an Alkane.  So, what is the irony to targeting methane as a carrier of "carbon footprints?"

ANS:  Paraffins contain LESS than 5 carbon atoms per molecule.  Benzene is 6 carbons in a closed chain.  This makes a methane molecule gaseous at room temperature.  This also makes such a molecule "immiscible with water."   This means that it won't mix with water and make a new substance.  This also means that methane will not meander in ocean water for decades, etc.  Therefore, if you hear another nerdy, dorky, dweebo scientist claim that methane is hiding in the oceans, ignore him and move on.

This than-less-5-carbon-atom feature explains why the methane which does emerge from the oceans in relatively minute amounts emerges predominately from the oceans' shallow coastal waters.  Concerning this:

There is the matter of clathrate deposits within the sea floor, 300+ feet buried within it, but at the ocean floors close to coastlines.  These actually are crystallized forms of methane mixed with water ... but under the ocean --- and not in the ocean water.  They're described as "cage-like" structures that house methane.

The identifying mark of these embedded deposits are mounds at the sea floor.   So, is there a connection between the clathrate deposits and the methane that does emit from the oceans' coastal areas?  Or is this merely a coincidence.

There is no readily identifiable source of coastal methane that does rise from the ocean, in small quantities thereof.  The question of science today is, "From where does the coastal methane come?"  Science does NOT have all the answers ... or even half the answers ... to anything.  Science is run by very imperfect humans who do not have x-ray vision.

Now, the assumption is that, if these methane deposits get released, a lot of methane will jet into the atmosphere.   However, these methane molecules are literally caged, and in a solid form.  If they want to rise from the ocean's surface, they need to call United Airlines or American Airlines.  None the less, uncaged (gaseous) methane will not mix with water.  It will simply jet out of the water, if unearthed from the ocean floor.

Well, methyl-coenzyme M bunches the three hydrogen atoms onto the spot of the enzyme where a nickle atom is located.  Nickle then bonds with sulfur and it sends the methyl group off without a needed electron.  The methyl group instinctively and immediately snatches a fourth hydrogen atom (much like a magician pulling a rabbit out of a hat.)  Thus, methane is made.

Bill Gates wants you to stop consuming meat and poultry, because, according to him, such a thing causes tremendous elevations of methane in the atmosphere.  So, he literally want you to eat microbe sandwiches.  He even displayed these microbe sandwiches on camera, for a news team.

The great irony is that methane is made from microbes.  Bill Gates basically wants you to eat methane-making machines.  The guy is Gross-out City, and is lacking in sequential logic ... literally.

BTW, CNN lied when it claimed that methane is 84 times more potent in capturing IR light than is co2.   Methane is 28 times more potent than co2.  The Global Warming people are pathological liars who lie about everything.   They twist & exaggerate.

Concerning N2O, aka Nitrous Oxide, formerly known as Laughing Gas, it's 330 times more potent than co2 in IR light capturing capacity.  But, it only exists in the atmosphere at 1 part per THREE MILLION.  So, no problemo there.

The unfiltered burning of coal would be the catastrophic problem, not because of co2, but because of actual toxins released into the air.  CO2 is your friend.  Mercury is NOT, when it enters your respiratory tract.  Mercury is in coal.

Filtration is an absolute must, concerning coal.  So, leave co2 alone and worry about airborne coal vapor ... and even airborne fly ash when it's not filtered during the coal burning process.

All in all, it's not Americans who need endless propaganda on the environment.  It's China and India who do.  America has the EPA and state regulatory commissions.  America mass-marketed the catalytic converter, etc.

Of course, have fun going to China, to speak on any subject.  Communism isn't based on educating the masses, you know.  Een at that, China does use hydropower to the tune of 28.5% of its energy usage.  So, there's always hope in life.  The Climate Doomsayers cause confusion, in claiming that we are all gonna die in five years, unless we give tons of money to them ... and Al Gore.

Concerning water power, and even tidal power, water is 832 times more dense than is air.  That can turn turbines.  In fact, a tidal barrage would be the most powerful hydropower.   Such a power source is limited to coastlines. 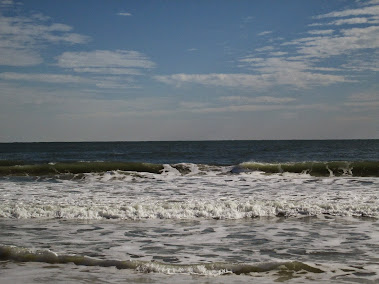