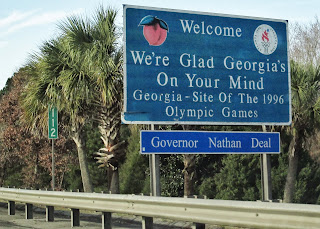 Whereas the Clintons were quintessential Reaganite Republicans in the 1990s, which
is synonymous with Southern Democrats of the early Twentieth Century, in the 21st
Century, Hillary became Anarchy Personification, as she used government as a way
to get wealthy, at the expense of everyone else.   That's known as graft and corruption,
not to mention bribe-taking.    Let us proceed::::

Bruce Bartlett was domestic policy advisor of Ronald Reagan, as well as a Treasury
Department official under George HW Bush (the first Bush.)  He is also regarded as
an expert of Supply Side Economics (a la Milton Friedman.)  So, one would expect
him to defend the TEA Party Republicans who have deified Ronald Reagan.  Well,
Mr Bartlett did the opposite.

There is no difference among them.  The difference is that the federal government
of the United States banned some of the evils closest to the Southern Heart.  But,
many of them perpetuate in altered forms, such as slavery.  Today, it's a matter of
slavery by proxy, where the sweatshop worker's of China, Indonesia, Bangladesh,
and similar nations replaced the African-American slave.

Here's a reality check for those still deceived into believing that the Republican Party
platform came down from Mt. Sinai with the late Jerry Falwell.   The truth is that the
Republican platform migrated from the Southern Democrats.  From the land of:

As of October 2013, pursuant to the antics of Congressional members heavily from the
states of the former confederate South, you have witnessed the start on the path to the
second American civil war.

At this point, think:  They have been people advocating secession from the Union, ever
since the 2012 presidential election, even to the point of petitioning for it.  I personally
witnessed in the south that, amongst the good ole boy network of the holders of wealth,
there is no new South.  The federal government, as I have stated in other articles, is de-
spised by the rulers of the South, because it is perceived as the  watchdog who will
thwart their efforts to enrich themselves on injustice.  Thus, the federal government
must go.

The result was that they told the working class and poor that the federal government
is going to take away their guns, their jobs, their money, and liberty.  There was even
mention of marching on all federal buildings, and evicting all federal employees from
them.  Well, they did it, via the path of least resistance ... via government shutdown. 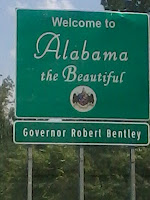 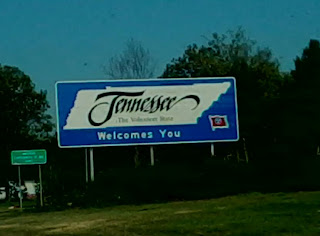 Similarities Between Southern Democrats of Old and Republicans of Now,
and the 1964 ... as well as 1968 Civil Rights Acts were influential in their
egress from the Democratic Party.

Always keep in mind that former Goldwater Girl, Hillary Clinton, in all of her
speech-giving talentlessness, is a Southern Democrat, and therefore a Reaganite
Republican in sheep's clothing,  except for her stance of abortion-on-demand.
She is NOT the hip, cool, in-touch, progressive that she made herself out to be.

At best, Hillary Clinton is a complete chump and anarchist who did NOT
let a deposed head of state stand trial.  Instead, he had to die from a brutal
lynching, showing what a Southern Democrat at Heart Hillary is.
.
Such a thing is a war crime, incidentally.  Thus, Hillary did what she could
to dissolve rational civilization, time after time, between her taking-in large
sums of money and then cow-towing to those who handed over large sums
of money.  In as much, Donald Trump's voter base saved us from Hillary
Clinton and years of dictatorial travesty.  We should return the favor to
members of that voting block.  I've met them and conversed with them,
ironically enough, in Hillary Clinton's own State of Illinois, specifically
in Bloomington.  Let's continue:

The Southern Democrats were heavily into segregation.  Today's Republican
party was heavily committed to curtailing immigration.  This is an element of
segregation.  In fact, oppressive immigration law is a contradiction for Ameri-
ca, in light of the fact that everyone in the States is a migrant, including native
Americans  ... as in the Asian 9-repeat allele DNA coding on native American
DNA, reaching into southern Chile.

At the turn of the prior century, Ellis Island was an open door for immigrants.
Today however, achieving immigration status and eventual American citizen-
ship is much more difficult.  It used to be that a foreign national would auto-
matically become a citizen of the United States upon marriage.  No longer is
this so.

At the turn of the prior century, the doors of Ellis Island were open for the sake
of amassing a population of low-waged factory and mill workers.  Today, Amer-
ica uses the low-waged workers overseas, despite the fact that doing so caused
the massive and prolonged Trade Balance Deficit and loss of many American
jobs.  All in all, the slave-owning mindset of the South continues in the Con-
servative Republicans.  It consists in Slavery by Proxy, today.

The trade balance deficit incurred with China alone resulted in an estimated loss of
2.7 million American jobs, between 2001 and 2011.  This illustrates that southern
politicians are not the patriots that their propaganda machines make them out to be.
This applies to Hillary Clinton, the former first lady of the former confederate state
of Arkansas, being that she is a warmongering Reaganite Republican in sheep's
clothing.  She was the greatest advocate of NAFTA and such a thing became a
literally crime against humanity, pursuant to the SIXTH count of the Nuremberg
Trials.  That count was titled, Slave Labor, and that was the jest of NAFTA.

In general and approximate terms, today's Republican states were often the Democrat-
ic ones of the 20s and 30s, at least when it applied to presidential elections.   In similar
fashion, a number of today's Democratic states were Republican ones.  This includes
New York.  So, there has already been a shift in America's political axis.

As an added example of America's polar axis shift, in 1944, the Midwestern States of
Kansas, Nebraska, North Dakota, and South Dakota went to the Republican side and
stayed there, except for the 1964 election.  Of course, that line of states was Republi-
can in a consecutive series of prior elections, and it appeared that the citizens of those
States simply switched to the Democratic side, in order to support the New Deal and
FDR.  Yet, the same state were democrat one in an even more previous series of pres-
idential elections.  So, the middle of America shifted its political axes more than once.

None the less, it was also in 1964 when the former confederate south went Republican
for the first time.  Of course, this was the year when civil rights activism was ratcheting
itself upward, and southerners were vehemently opposed to civil rights.  This political
swing would be followed by the 1968 election, when segregationist George Wallace,
along former Strategic Air Commander Curtis Emerson LeMay, won 9.44 million of
the popular votes, 46 of the electoral votes, and five former Southern Democrat states.

After a disastrous 1972 election, the Democratic Party sponsored a southern presiden-
tial candidate in the wake of the Republican Party's Watergate scandal.  Yet, the south-
ern gentleman and former Navy officer would only win by 1.7 million popular votes
and 57 electoral votes, despite the fact that the nation lost its trust in the Nixon admin-
istration.  Gerald Ford was perceived as a Nixon man and his democratic opponent
should have won by a landslide.  However, the South carried an unfavorable reputa-
tion, and even though James Earl Carter won all of the former confederate states ex-
cept for Virgina, he lost the entire west, except for Texas. 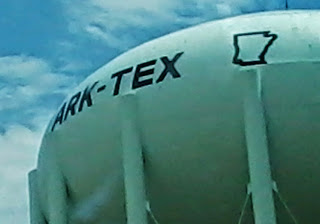 Then came 1980, along with Jerry Falwell and the Paul Weyrich who had founded the
Heritage Foundation with donation money given by beer magnate Joseph Coors.  The
combination of Falwell and Weyrich gave rise to the Moral Majority movement which
would eventually be associated with a Ronald Reagan who signed a decisive abortion
bill into California law and who was divorced & remarried.  Reagan's inclusion made
the Moral Majority movement one attached to hypocrisy.  Well, southerners became
Republican during this time.  It was the result of the Democratic Party now being
associated with civil rights and federal watch dog agencies designed to ensure the
safety and protection of Americans everywhere.

Even during the presidential elections of southern natives Bill Clinton and Al Gore,
the eastern part of the former confederate south largely voted Republican.  Of course,
Gore was from the State of Tennessee and Clinton was from Arkansas.  This resulted
in a southern presidential package in 1992 and 1996, as well as a democratic package
that even included Louisiana in the democratic victory.  After that time span, however,
the deep south would remain Republican in its sentiments, with the mid-atlantic states
of North Carolina and Virginia giving their electoral votes to Obama.

Florida would go the Obama route, also.  None the less, the Southern Democrat mind-
set continued to have its grasp on the traditional south.  They simply call themselves
Republican.  But, the song remains the same.

The Republican Party Platform, under Nixon, was low military spending.  In fact,
Republican President Eisenhower warned of the loss to the America's economy &
culture that excessive military spending would cause.  Moreover, it was under four
democratic presidents that America entered WWI, WWII, the Korean War, and the
Vietnam War.  Thus, the war economy was associated with the Democrats and not
the Republicans.  However, after the Southern Democrats entered the Republican
Party, the Republicans became the long-term advocates of McCarthy-style military
spending.  Thus, the Southern Democrats turned Republican basically rekindled
McCarthyism. 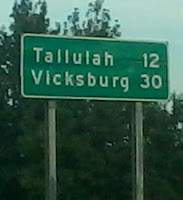 Do not be deceived.  U.S. military spending as a part of GDP was very high, in the
50s. However, America was a manufacturing nation, and its workers were well paid
taxpayers.  America was reducing its debt, despite the high price of Cold War expen-
ditures, in the Arm's Race against Russia.  Today, excessive military spending does
nothing but sabotage America, because the manufacturing base of the United States
was decimated by the Republicans and NAFTA-type policies.

Anti-federal sentiments were a mark of the Southern Democrat who equated the fed -
eral government with the North and their loss in the American Civil War.  Republican
politicians of today carry anti-federal-regulation sentiments.  Plus, there was and is the
obsession with gun ownership, as in "Git off my land, you revenuers!"  None the less,
the 2nd Amendment only applies to a Well Regulated Militia.  It's common law in the
Restatement of Torts, 2d, which asserts the right of personal self-defense and even the
defense of a third party.