Let us begin with the Vicious WalMart Cycle:

WalMart has been importing slave labor merchandise since the mid-1990s.  It was
in the mid-1990s when Sam Walton died, along with his motto of "Buy American."
The exploitation of foreign labor contributed to the loss of America's livable wage
jobs by the millions, as well as the accumulative half-trillion dollar per year United
States Trade Balance Deficit, and the loss of 60,000 manufacturing outlets.

The people who lost their livable wages jobs could no longer afford basic household
necessities above the lowest priced items.  Thus, those who lost their livable waged
jobs on account of WalMart and other exploitative corporations ended up becoming
dependent upon the same WalMart and similar exploitative retail outlets who caused
the unemployment, in the first place.

The Newt Gingrich Catch 22:  Tell this to the closest Sarah Palin follower

The more powerful WalMart became, the more unemployed the American work-
force became.  The more powerful WalMart became, in its exploitation of foreign
labor, the more dependent upon WalMart merchandise became the unemployed
of America, because they couldn't afford anything else in America's retail world.
WalMart and other unfairly advantaged corporations caused the unemployment
in the first place.

As a result, overseas workers became WalMart's slaves, as well as did the workers
stationed on the lowest end of the American totem pole.  This is the Newt Gingrich
Catch-22.  Gingrich was the Speaker of the House when NAFTA came into being,
resulting in America no longer being a manufacturing nation.  Of course, the law
of nature is that any nation the size of a continent (possessing temperate climate)
must be a manufacturing nation or it will become a coast to coast version of Oliver
Twist's England.  Except for Dick Cheney & George Bush II, no one caused more
damage to America than did Newt Gingrich.

Bill Clinton, the least democratic of the 20th Century Democratic presidents, mocked
those who objected to the crime against laboring humanity that he signed into law.  He
described the conscientious objectors as isolationists.  Bill Clinton committed defama-
tion and set the stage for the Battle of Seattle.  He made these people sound paranoiac,
illiterate, and inbred.

There was no cultural exchange occurring in the trade practices that the Gingrich Con-
gress authored.  Nor was there economic exchange, being that the exploited workers
of Central American and Asia could not afford to buy American.  It was one-way im-
porting and one-way buying.

Americans were expected to furnish their own American homes with merchandise from
China, Indonesia, Bangladesh, Vietnam, El Salvador, & Guatemala, as well as the cocoa
fields of the Ivory Coast.  But, workers from labor abusive nations were not expected to
buy American, in any type of fair exchange.  In as much, it was untold audacity to call
the new form of labor exploitation Free Trade.  Newt Gingrich and his associates need
to one day be brought to trial in an international court of law.  He and they need to be
Nuremberged.  He did nothing but destroy a lot of American dreams and created a lot
of foreign nightmare scenarios which even recently occurred in Bangladesh.

The more powerful Wal*Mart became, in suppressing American workers' ability to
find livable wage work, the more dependent upon Wal*Mart became the cheated
American workers.  As far back as 2010, it was easily ascertainable that the five
principle Wal*Mart heirs held as much wealth as did the bottom 41.5% of Ameri-
cans.  In 2007, it was 30.5%.   The amount is approximately $89.5 billion.

The Wal*Mart heirs hold the money owed to underpaid sweatshop workers and cheat-
ed Americans who lost business opportunities and jobs.  Americans can't hired other
Americans at 85 cents an hour.  Incidentally, when slave labor importation began, it
began during the Reagan years.  The wage paid to the adult workers was 24 cents a
hour.  In 2010, Cantonese worker made 75 cents an hour. 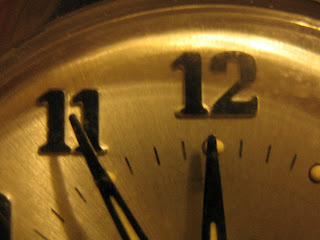 One more thing:  A tree is known by its fruits.  If American corporate management
could get away with paying Americans as little as they do Bangladesh workers, what
makes you that they wouldn't do so?  The practice of paying extremely low wages in
America occurred throughout the 1890s and turn of the century.  The South spent a
number of centuries not paying their African workers.