Demand & shoppers w/ disposable income create jobs; and not the tax-sheltered holders of wealth which was kept away from sweatshop slaves.

Admitted, conceded, resolved . . .:is that Hillary Clinton is beyond corrupt
and that The Clinton-hijacked Democratic Party Platform is vile.  It's not the
Democratic Party of FDR, JFK, RFK, Hubert Humphrey, etc.  None the less,
the obscene level of Clinton Corruption does NOT automatically canonize the
Republican Party Platform, in its economics stance.
Let us review review and review until the Reaganomics trance is broken:

Spending-money coming out of the pockets of citizens and businesses is the only thing
that creates jobs.  If there is no demand, there are no sales.  If there are no sales, there
are no jobs.  It's that simple.  In order to create jobs, more money must be in the hands
of CUSTOMERS, and not the rich who took tons of money and then put it into over-
seas tax havens and foreign sweatshop operations.

The ultimate example is Christmas time.  During Christmas, extra hiring occurs only
because there is a much higher demand for various products and services.   Thus, the
extra hiring that occurs during the Christmas Season is NOT due to the rich making
investments.  It's due to the customers making purchases.  If the money supply is tak-
en out of the hands of the consumers and then put into the hands of the rich, you end
up getting the Reagan 10.8% unemployment rate, as well as the Great Recession of
the Bush II administration.  It's that simple.  The rich have only been investing in
slave labor nations, all the while hiding personal money in overseas tax havens.

An example of how it is false to say that, "If you build it, they will come."

There is only a limited need for funeral homes.  People are not going to start having
themselves killed and buried, just because the rich suddenly create a surplus of funer-
al homes.  Only so many people have cancer.  The cancer industry will not get more
clients, if the rich open more clinics.  Only so much of any type of product or service
can be consumed.  In as much, demand is the major determinant of added business
operations.  Should the demand be lacking, then new business will quickly go into
the history books and Voila.  No more new jobs.

The rich have more than enough money for investment.  This is why they are called
rich.  These are the yuppies of the Reagan years.  They have already proven that they
don't care about you or the Chinese sweatshop workers who have threatened suicide
and even committed suicide.  The Reagan era yuppies are not your friend.  You are
their dupe, if you subscribe to the give-to-the-rich concept.  During Christmas, the
phrase used to be, "Give to the poor."  Not any more. 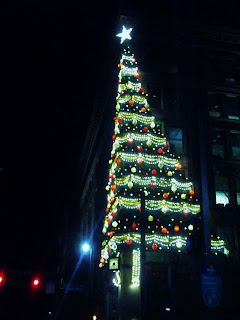 Now, jobs are out there, in response to the demand that exists at this hour.  In fact,
the jobs are way out there ... in China's low-paying labor camps.  Being that foreign
sweatshop laborers make too little money, and being that there was typical protec-
tionism of the part of the Chinese Communist regime, there is the lack of demand
for American products from the Chinese workers who cannot afford them, in the
first place.

There aren't going to be any new businesses of appreciable numbers in America's
near future, if it keeps operating according to sweatshop economics, and if hiked-
up prices remain hiked, thereby draining the level of disposable income in America.
At this rate, the Republican Party will fulfill the Apocalyptic prophecy, "A Day's
wages for a loaf of bread."  Republican economics is ushering-in Armageddon.

Disposable Income equals Potential Demand.  In as much, if you want positive
change, you have to establish the 21st Century version of Caesar Chavez's Grapes
& Lettuce Boycott.  It benefited the workers at the time.  It resulted in amended
ways of doing business.  It did not leave the workers out in the cold.

As a review, the sweatshop workers need disposable income in a two-way highway
trade system which will create the demand that will bring back the American jobs
that left for China and other sweatshop nations as far back as the mid 1990s.  Only
in two-way reciprocal trade is there free trade.  By now, you should realize that
NAFTA has nothing to do with freedom.  Only the opposite.

Putting added dollars in the hands of the rich isn't going to create demand, and there-
fore, it isn't going to create jobs that will last.  For example, the added dollars in the
hands of the rich won't increase the human body's capacity for food and drink.  So,
it won't create a greater demand for food and drink.  In as much, demand is the #1
determining factor for an economy's investment sector, in combination with the rate
of circulation of the money supply, in as far as concerns the Multiplier Effect.

The middle class would be able to huddle together and start new businesses, if there
weren't a such a wide disparity in income between the top 10% and the bottom 90%.
Technically, it's the top 20% versus the bottom 80%, in term of stocks and securities.

As you can see, the Republicans disseminated yet another lie in claiming that you
absolutely must throw all the money in the world into the hands of rich, or else no
more jobs will be created.  The fact is that throwing more money into the hands of
the rich decreases demand by decreasing disposable income among potential con-
sumers.  The very thing that the Republicans claim to be the only cure to the econ-
omy has been the cause of its demise, all along. 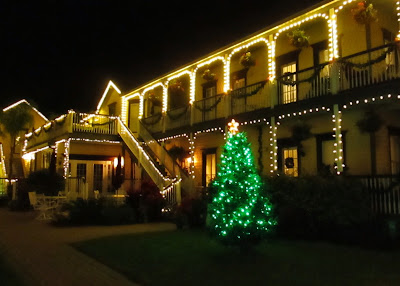 Labels: in order to create jobs., The claim that the rich must get more money
Newer Post Older Post Home