This covers a very brief and rudimentary review of the following:

In brief, the terminology refers to a broker leading you a block of stock of which
you are short and don't yet own.  The full amount of stock that you borrow is im-
mediately sold by you.  Yet, you intentionally remain in debt to the broker.  You
pay the broker for the stock later, at a designated time.  You hope that, by that
time, you will have to pay for the borrowed stock at a lower price.  One sells
short when he/she is gambling on the price of the stock to go down.

1} literally borrowing a block of stock from a broker and immediately selling it
to someone else,
2} followed by buying an equal amount of stock at a later time, at a different price,
3} thereby paying the broker.

1} if the price of the stock goes down, you re-purchased it at a price cheaper than
the price by which you previously borrowed it and then immediately sold it.
You have made a profit.

2} if the price of the stock goes up, you end up losing money, because you have
to pay for the block of stock that you owe at a higher price.

Until 2007, investors were forbidden to sell short, unless the price were above
the present stock price, or unless the previous stock price was lower than the
present price.  This was the uptick rule.  You could only sell after the price in-
creased, or you increased the price yourself, thereby permitting you to sell.

Note that the broker may instantly require you to cover the price of the stock
you  borrowed.  It is solely done at his/her discretion.

Oil Speculation, in the form of oil futures derivatives, is what artificially caused
the price of oil to skyrocket in 2008.  During this time, FoxNews had guests go
on air, stating the wrong reasons why the price of gasoline skyrocketed.

The news show guests continued to state that supply and demand market forces
caused the sudden rise.  The invalidating feature of the FoxNews claim is that,
in the Year 2006, the oil supply was at an eight year high.  Yet, the price of oil
started its ascent into economic havoc.  The price should have dropped.  Thus,
FoxNews perpetuated a lie until a Senate hearing uncovered the true cause of
the price hike.

Oil futures consist in making a binding pledge to buy oil at a specified price at
a specific future date.  The 2008 crisis consisted in investors not looking to buy
oil, but to merely buy oil futures.  This is referred to as paper oil   This meant
that significant amounts of oil needed to be reserved for investors who had no
intention to use the oil.  This was the delivery aspect of futures derivatives.

This meant that oil was going to be kept away from oil consumers, in order to
honor the contractual obligation of the futures contracts.  As a result, a reduc-
tion in the oil supply was being artificially induced.  This, in effect, was the
hording of oil.   It was a game of keep-away from the oil consumer.   It was
the ploy of reducing supply, artificially.   The barrels of oil attached to spec-
ulator futures contracts were all dressed up with nowhere to go.  They were
the collectors' dolls never taken out of the box.

Deregulation, and NOT regulation, caused the price of oil to skyrocket.  In fact,
the Enron Loophole was basically the oil speculators' reporting exemption.
See:

Incidentally, Texas Senator Phil Gramm's late night Enron Loophole simply
made it that oil futures contracts didn't have to be monitored by the CFTC
(Commodities Future Trading Commission.)  Thus, no one could tell if prices
were being manipulated, until it was too late.  As a result, the price of oil rose
to $137.11 in July 2008, and later to $147.27 a barrel.  Gasoline reached $4.09
a gallon.  Even in April 2011, the price of a barrel of oil was $113.93 or so.

Keep in mind that it was the deregulated speculators who caused oil prices to
rise. 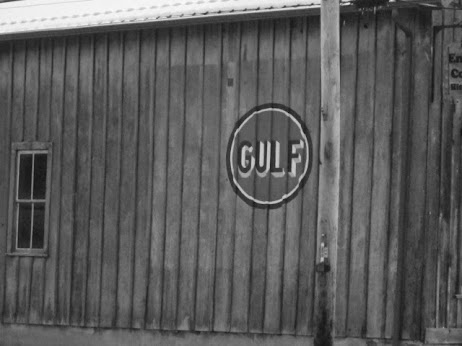