The greatest feats of humanity were all government projects. 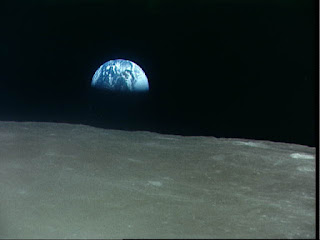 In Marco Rubio's counterpoint
speech, spoken after the 2013
State of the Union address on
behalf of the Republican Party,
he asserted the post-Nixon-era
postulation that a national econ-
omy rooted in government will
inhibit technological progress;
and that government regulation
only suppresses creativity, while
stifling the economy.
The definitive response to his declarative statement is simple:

1} the Hoover Dam, 2} the Panama Canal, 3} NASA,  4} the Manhattan Project,
5} the Tennessee Valley Project, 6} the Great Wall of China,  7} the B-2 Bomber,
8} the Trans-Siberian Railway, 9} the English Channel Tunnel, 10} the Pan Amer-
ican Highway, 11} the Oresund Bridge that makes a dry road connection between
Denmark & Sweden,

Now, the one criteria absolutely essential for a great economy is flowing currency.
This refers to currency not being horded in overseas tax havens.  In as much, the
overseas tax haven system, coupled with foreign sweatshop labor profiteering, is
what causes a bleeding economy, as well as causing the Multiplier Effect to go in
reverse, thereby causing the money supply to constrict.  It's air being let out of a
tire.

Jump slightly back in time, to the 2013 State of the Union Address.  The president
made mention of manufactured economic crises.  Concerning the state of America
in recent years, Obama expressly stated, "... rebuilding from one crisis, to see elect-
ed officials cause another."  He acknowledged that certain players orchestrated the
economic crises that has defined the modern world.  After all, oil futures speculators
and Phil Gramm were the causes of the drastic and sudden rise in petroleum prices.
The Phil Gramms of  this world betrayed the rule of seeking the Common Good, in
preference to line the pockets of a select and corrupt few.

This brings us to the president's proposal on the minimum wage which Ronald Rea-
gan kept frozen throughout his presidency.  Barack proposed a $9 an hour minimum
wage.  His thesis statement behind his proposal was, "No one who works full time
should  have to live in poverty."  Barack additionally stated that United States feder-
al law should "tie minimum wage to the cost of living, so that it finally becomes a
wage you can live  on."

Raising the wages of workers will put dollars into the economy.  No one will lose if
the workers of the United States all get paid a livable wage.  It will result in  more of
of those wage dollars ending up in cash registers throughout America.  This money is
known as disposable income, and the increased circulating dollars is known as an in-
jection into the circular flow of currency.  The added wages will result in added tax
revenue and added FICA payments.  All in all, this increases the Multiplier Effect.

Thus, the Republican policy of NAFTA and Asian sweatshop labor exploitation is
the #1 factor that is continuing to destroy the American economy.  The Republicans
kept causing the multiplier effect to go in reverse.  Republicans are misers, constrict-
ing the money supply, and hording the money for themselves.  This is why, in the cir-
cular flow of history, there regularly occurs Nuremberg type trials.

Obama additionally pointed out that there will be far less need of government wel-
fare and food stamp programs if American workers make a livable wage.  This takes
the economic pressure off of all of America.  The One Percent have been causing this
pressure and grief all along.

Let us go to the Reaganomic thesis statement of "trickle down economics."  Recent
history proved it to be entirely erroneous.  As was explained previously at this site,
Reaganomics was a prediction of wealthy persons' behavior, based on the subjective
Laffer Curve.  Reagan claimed that, if you  make the rich richer, they would take the
extra wealth and invest it in businesses that would create many new American jobs.
This was referred to as the Trickle Down Effect.

As recent history has shown, the added wealth did NOT trickle down to the Ameri-
can people.  It trickled out, into overseas tax havens and those foreign nations that
allowed the exploitation of labor.   The American infrastructure suffered greatly
from all the tax loopholes that deprived the federal government of revenue.  None
the less, tax incentives which reward companies for creating livable waged Ameri-
can job are needed.  The return of some type of manufactury to America in signifi-
cant proportions is needed.  What was reported in Barack's 2013 State of the Union
Address was that a handful of American corporations were bringing back manufac-
turing operations to the United States.  This is essential for America in a larger scale.