Rigging the Media at a Discount Price of only $165+ MILLION (American). It's the Bill Gates Gold Nugget Bargain Bonanza !!!!!Yaaaaaaaaaay!!!!!

This is why you see increasingly audacious claims in their article titles & thesis statements which claim that Climate Change due to the burning of fossil fuels is absolutely, positively, assuredly, and certainly here, bringing to mankind the Doom of the Ages.  One big problem, though.  They forgot to mention that this end-of-the-world Climate Change thing is so ... because Bill Gates said it was so ... and because the same Bill Gates paid the Guardian a sizable amount of money to say it was so.

The Guardian is one of the designated propaganda units of Bill Gates.  It was hired to proclaim everything that Bill Gates wants you to hear ... or read.  The Guardian became one of 'the stages' where the Bill Gates chorus lines are read ... or heard.   In fact, the Guardian wasn't the only media entity to receive Gates' funding. The list goes as follows:

The Gates Foundation also donated millions to educational funds.  This includes scholarship funds.  There were special interest funds as well which received Gates Funding.  But, as far as goes money straight to the operative media, the list above suffices.

In direct contrast to the less-than-stellar writers of the Guardian is history.  This includes captains' logs, monastery ledgers, chronicles, newspaper articles, magazine articles, almanacs, and textbook material, as well as proxy evidence such as leaf stoma (which can show co2 levels at the lifetime of each leaf being studied.)  The evidence shows that worse storms, longer droughts, more severe heat waves transpired long before today, in recent decades & in recent centuries, over and over again.

Example 1:  The Roman Warm Period average temperature was 2 degrees Celsius HIGHER than today, while the CO2 level was two-thirds of what it is today.

Now, concerning the denial of the existence of the Medieval Warm Period by the less-than-factual & less-than-articulate Michael Mann, there are records of grape harvesting during that time span at places which were unable to grow grapes throughout the Renaissance Era & Enlightenment Era Little Ice Age.  In as much, evidence to undo Michael Mann's lies is out there, and has been found, over and over, again.  The problem was getting the evidence on mainstream media screens and pages.

Example 3:   The Eemian Interglacial Period ... Interglacial means "between ice ages."  Such a thing is a warming period, and science marks the Eemian Period as having been a 15,000 year warming trend.  The Eemian Period was 130,000 or so to 115,000 or so years ago (or uniform time units ago).  During that time, its coolest period was 3 Degrees Celsius WARMER than today.  And 4 degrees C was ascertained to have also occurred during that long time span.  Sea level at the time was 18 to 24 to 30 feet HIGHER than today.

In fact, the Eemian Sea superimposed itself over the Baltic Sea between Sweden & Finland.  In other words, the Baltic Sea was much larger at the time, and it is called the Eeemian Sea in the textbook.  In like fashion, Scandinavia's landmass was smaller.  And all of this occurred when the co2 level was close to 280 to 285 parts per million.  That amounts to 132 to 137 parts per million LOWER than today.

There are a number of similar examples to high-velocity cyclones occurring when co2 levels were much lower than  today.  An additional example is 1958's Typhoon Ida.  It rose to a speed of 200 miles per hour, while operating in a pressure as low as 877 millibars.

The stats of such cyclones are already posted at the Blue Marble Album.  They all testify to the fact that the claim of increased cyclone intensity under increased atmospheric co2 levels is a complete falsehood.  This is especially the case pursuant to the law of Baroclinic Instability & Pressure Gradient Forcing, as well as Barotropic Instability.   This is also explained elsewhere at the Blue Marble Album.'

All in all, Al Gore failed in his 2006 prediction that hurricanes would be of an intensity equal to a Typhoon Nancy or a Typhoon Ida.  In fact, ever since Gore's first climate hysteria movie, there has been a grand total of one Category Five hurricane to make landfall upon the Continental United States.  It was Hurricane Michael, in October of 2018.

Hurricane Michael hit the Florida Panhandle and killed 16 people.  Hurricane Ian was close.  So, you can say that there were "2 high intensity hurricanes" since Al Gore's failed hurricane prediction.  However, Hurricane Andrew, in 1992, snapped off the large-sized palm trees.  Ian did not do that.  Therefore, Andrew was more powerful than Ian, with a power that remains rare today.  Despite the rise in atmospheric co2, there has been no storm as intense as Hurricane Andrew ... or Typhoon Nancy.

Moreover, the recent stats show that there has been a recent increase in - - - - lower-speed, not-even-category-one sub-hurricane tropical storms --- the kinds that leave the palm trees standing, along with everything else except umbrellas. As a reminded, a tropical storm's travels at a max wind speed of 39 to 73 miles per hour.  Anything slower than 39 mph is known as a tropical depression.

None the less, the power of a cyclone is in its barometric pressure.  On a normal day, sea level air pressure is 1013.2 millibars.  When a storm reaches the mid-900s, you go on alert.  If the pressure goes lower, then you are in for a ride, or you should exist the area immediately.  Below 900 millibars is a storm for the record book charts and front-page news.

The "perfectly legal" behind-the-scenes-Bill-Gates-dollar-delivery-system is evidence of the ill-intended con game being played with your head and everyone else's.  This is how an unconscionable human can get his propaganda disseminated throughout the media in such a way that the public will be deceived into believing that his orchestrated propaganda is "the science."  Well, Bill's bull is not the science of the textbooks.  Nor is it the findings set forth in newspaper archives.  Nor does it correlate with the conclusion of proxy evidence.  It's merely bull crap, just like the geologists and 25-year outdoor skilled labor tradesmen said.

This Gates Donation Tree is equivalent to paying jury members money to vote for your desired verdict.  This is how you buy the media.   It's no different than censorship, when it involves forbidding counterpoint, forbidding debate, and forbidding textbook material from being made known to the public via the commercial media.  This is a return to the Nazi German Third Reich, the Soviet Russian regimes, the Hussein Regime, and all other dictatorships that censored counterpoint, textbook material, and historic fact.

Now remember, due to the large sums of money that Bill Gates appropriated to numerous media outlets, those particular media outlets have a financial conflict of interest, and therefore, you cannot but expect slanted, prejudicial, and non-factual reporting to come from those entities.  This conflict of interest invalidates them all.  After all, it is a form of bribery.  It's stacking the deck.  It's loading the dice.  Nothing more than that. 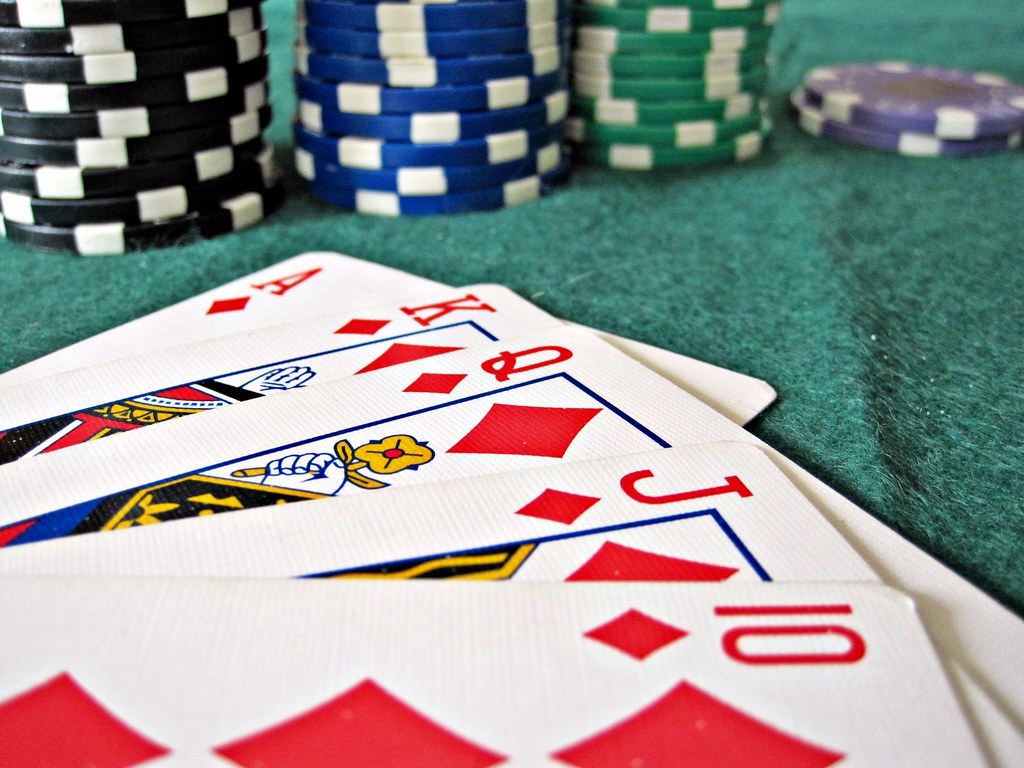 He can only influence the mind of the inexperienced.  Those inexperienced persons are called school children & high school students, as well as anyone who lived a sheltered life.

In the alternate, as a less damning form of identification, you can regard all of the Gates Foundation donations as advertising expenses, in payment for the Gates narrative to be reported by payed media outlets, as if they were presenting an infomercial.

Then again, you can describe the Gates' outlay of dollars as Bill Gates buying the media.  Same effect, whatever you call it.  You don't get your say.  The true experts don't get their say.

No matter how you define it ... be it bribery or de-facto advertising costs or the monopolizing of an industry ... it's a sick joke ... a stacked deck ... a rigged roulette wheel ... a pair of loaded dice ... not honest ... and definitely not educational.

Added Example:  The Finest News Reporting that Money Can Buy

In a number of articles (posts) published by a certain Gates-funded media outlet, the authors' claim of present-tense drought is passed-off by posting photos of POST-HARVEST cornfields.  Actually, each of the photos show that a successful harvest had just been finished.  The proof exists in the fact that those photo contain zero stalks of dried corn, shriveled corn, or discolored corn.  In those photos, the corn is all gone, because it was harvested.   Yet, the authors are trying to deceive the public into thinking that it's viewing a drought-ridden crop that never advanced past a stage of dying brittle dryness.  The reality is that those cornfields were very colorful at harvest time. 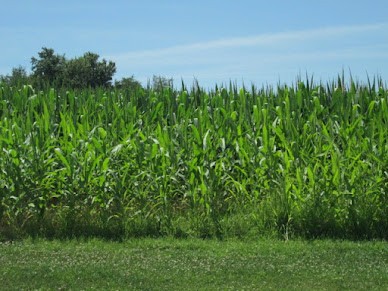 It's incredible that these writers assume that humanity is a population of brain-dead morons, easy to deceive ... with little effort done, in the process of trying to deceive all of humanity.  This includes showing videos of a yearly monsoon season, and passing it off as proof of climate change caused by the burning of fossil fuels ... in claiming that those monsoon rains never happened before co2 levels rose past 400 ppm.  Well, monsoon season is a phenomenon that has been occurring on a regular basis, throughout the centuries, just like brown post-harvest cornfields.  The monsoons prove that the Earth is round, as they are based on the Coriolis Effect.  This is also mentioned elsewhere in the Blue Marble Album.

And remember, Bill Gates is the guy who wants you to eat mold.  Specifically, he promotes the eating of "microbes."  In as much, can you take someone like that seriously?  Forget about having a chef salad.   NO more stuffed grape leaves in America ... or even peanut butter and jelly sandwiches there.  Oh nooooooo.  Bill Gates has been appointed God, and you can now have a healthy & hearty bowl of microbes.  Hey, how about black mold on a shingle of old drywall, with sawdust topping, for dessert?  Add a side order of cockroaches, and you have it made in the shade.   Just like your grandmother used to make ... according to Bill Gates.

However, in all seriousness, look at photo below.  Who in his/her right mind would eat this, as a regular diet staple?  ...as a holiday treat?  ...as a delicacy?  ...as an athletic training table meal?  ...as anything other than a sign of severe mental illness?  Well, this is what Bill Gates wants you to eat.  Those are "microbes" on those two walls.

The reality is that the average reasonable person sees himself/herself as only one person, facing more than one Goliath.   It's a matter of, "I'm only one person.  What can I do about it?"  It's not that they're stupid.  It's that they're powerless.  It's like being in the middle of the road, during a stampede.

Below are the alleged (reported) Gates financial appropriations to media entities.  And remember, this is NOT charity.  It's the act of manipulating the public and taking away its freedom to think ... to weigh the evidence ... to test assertions for cracks ... to review ... and to judge for themselves.

None the less, do the math on the following dollar amounts, so that you can see for yourself that Bill Gates spent over $165+ MILLION to rig the media.  And quite frankly, that was basically done at a discount price.  That was a pretty cheap price tag, to control America's every thought.  The problem is that the working man does not follow the rules set by the commercial media or nerd-boy public radio.  The working man finds out things on his own, due to the information made available to him through his work.