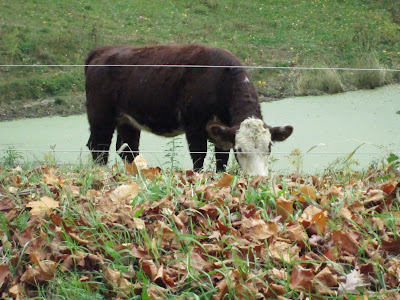 In the modern world, a phenomenon occurred where abundant harvests effected price
decreases to such a degree that the cost of production exceeded any fair market income
from the harvested produce.  There was too much supply for the domestic market, show-
ing how Supply Side Economics is utterly worthless when gauging a national economy.
Thus came the subsidy.  None the less, leftover produce can perhaps find a foreign mar-
ket.  However, the price would be based on demand in the foreign market, in relation to
whatever supply is not demanded in the American market.   Thus, produce surpluses
have a number of remedies.

But first, as an introduction to farm subsidies ...

... the primary purpose for any farm subsidy is to prevent price instability ... to safe-
guard consumers from wildly fluctuating prices ... to hinder drastic and sudden price
changes.

Approximately $30 billion in farm subsidies are targeted for elimination, over the next
ten years.  However, do not be deceived into thinking that the humble sized family farm
is what has been benefiting by agricultural subsidies.  We live in the era of the corporate
farm, and between the Years 1995 and 2010, 10% of the farms were given three quarters
of the $194 billion in farm subsidies that the U.S. federal government appropriated.

Specifically, it was 74%.  The other 26% of subsidies went to 28% of the other American
farms.  In as much, 62% of American farms received zero subsidies ... according to the  Environmental Working Group.

The Equation of Near-Economic Disaster, in review

The Trade Balance Deficit had damaging consequences upon America, to the tune of
$500 billion yearly for the past ten years.  In addition, the George WMD Bush tax rate
cuts cost the U.S. federal government $1.8 trillion in lost revenue, between 2002 and
2009.  Plus, Bush incompetently executed two costly wars, one of which was entirely
unnecessary.  Meanwhile, the former employer of Vice President Dick Cheney, name-
ly Halliburton, received no-bid government contracts, despite the conflict of interest.

Add to the equation the repeal of the Glass-Steagall Act which used to protect pensions
and the such.  Toss in Phil Gramm's unconscionable Enron Loophole, and throw in the
fad of predatory house loan processing, and voila,  you have the 2008 economic crisis.
In fact, there is something known as the 2007/2008 World Food Price Crisis.  U.S. farm
subsidies didn't prevent food prices from rising more quickly than yeast.  After all, farm
subsidies firstly seek to prevent price crashes.  It then seeks price stability.  The contra-
diction was in the Corn/Ethanol subsidy which resulted in fructose corn syrup replacing
more expensive sugar.  The feds pay the difference in the price discrepancy., none the
less.  Now, it is always important to have safety nets for small business operators and
private citizens.  However, a certain type of corn subsidy had a dominoes effect which
hindered economic growth in the agro department.  When you are hindering markets,
you are preventing a Renaissance from transpiring.

The Types of Agricultural Subsidies

This type began in 1996, as part of the Freedom to Farm bill.  It's presently targeted for
extinction.   It has cost approximately $5 billion per year.  It was intended to replace the
traditional subsidies which began in the 1930s, and then, it was intended to be phrased
out in the Year 2002.  It never phrased-out.  In addition, the payments made under this
program were not in parity with any production or market conditions.  It was to be the
subsidy to end all subsidies.  It then became yet another subsidy.

Very simply, the federal government calculates recent historic crop yield and price
averages, followed by it setting a projected price for a commodity.  The farmer then
plants and harvests the commodity.  If the actual market price is less than the deter-
mined average price, the farmer is paid the difference.  For example, if the average
price for a bushel of wheat was determined to be $8.40, and the market price drops
to $7.20, then the farmer is paid $1.20 for each bushel of wheat sold.

These are cash advances for harvests to be sold in the future.  Without this type of
subsidy, a farmer would have to sell a harvested crop immediately, regardless of the
price.  If a farmer can wait, perhaps he can sell his grains or non-perishable crops
at a higher price.  Thus, a marketing loan lets the farmer wait.

Self-explanatory, be the crop-destroying disaster a tornado, drought, pestilence, etc.
This subsidy had yearly payments in the approximate $1 billion range.

Only certain crops in the locale in question apply, being that some crops in some
locales don't stand much of a chance to grow in healthy proportion.