Holiday shoppers are the
job-creators in November
and December; not the
tax-sheltered rich)
It is acknowledged that Hillary Clinton and her usurpers of the original demo-
cratic party are the most vile and treacherous politicians in the history of the
United States of America.  The woman IS a criminal who must absolutely be
held accountable for her criminal conduct.  However, simply because Clinton
is consummately evil, it doesn't automatically canonize the present Republican
Party platform.  It needs reformed, too.
_______________________________

When an American company fails to pay a livable wage, federal subsidy pro-
grams become the lifeline of the underpaid workers.  Meanwhile, individuals
such as the Walton heirs continue to accumulate obscenely disproportionate
amounts of wealth, in the spirit of 19th Century confederates whose wealth
would come to be torched and/or mangled during Sherman's March to the
Sea (Atlantic Ocean.)  However, the excessive amount of money held by
the Waltons & Romneys of this world is money due to underpaid workers.

In addition, in using low-waged foreign sweatshop labor, a lot of income was
kept away from the American worker, and therefore, a lot of state & federal
income tax dollars was deprived of the governing bodies of the United States.
Plus, empowering sweatshop labor nations causes untold pain to millions of
workers overseas and across the Mexican border.  This is why the Nuremberg
type of trial, along with that which transpired at the Hague ... and even the
Cromwell Regicide trials ... have been a part of civilization for centuries.

The latest conclusion by those who have done their homework on the sub-
ject is to set the United States minimum wage at $12 an hour.  Of course,
this would increase the circular flow of currency, and if the non-stop rise
of the American Trade Balance Deficit ever ceases, the economy would
begin to rebuild the same way it did at the end of World War II. 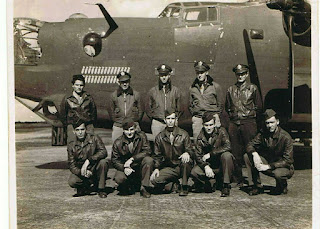 Furthermore, in adjusted dollars, this would be a return to the late 1960's,
when the minimum wage was equivalent to $10.50.  That was a time when
it was not unheard-of for a young 21 year old union carpenter to own a Cor-
vette.  My present contracting officer, in government contract construction,
was one such carpenter in the 1960s.

United States, under Gerald Ford, was the #2 exporting nation on earth.  It
was a time when it was actually common to see a 20 year old Pittsburgh
steelworker own a Trans-Am or Z-28.  When money circulates, everyone
enjoys true liberty.  It's miserliness and greed that locks people into their
social prisons, including the prison of debt.   In the current era, WalMart
has been the richest corporation in America.  In the 1970s and even 1980s,
it was General Motors.

I now direct your attention to those who did an amount of homework on this
subject.  This includes mention that a $12 minimum wage would only require
WalMart to raise its prices by 1.1% one time.  In addition, according to the
same authors, a WalMart shopper's bill would only be raised 46 cents per
average trip to the store.  If I have time to take a surve on consumer prices,
the way I did a survey on corporate effective tax rates and military spend-
ing, I will do so.  Others have a head start on me on this topic, and they
present their writings very well.

http://www.kansasfreepress.com/2014/01/deep-pocketed-right-wing-republican-advocates-increase-in-minimum-wage.html
from Patrick Anthony Pontillo on 1/06/2019