Trickle-down Reaganomics is Oligarchy; NOT Democracy 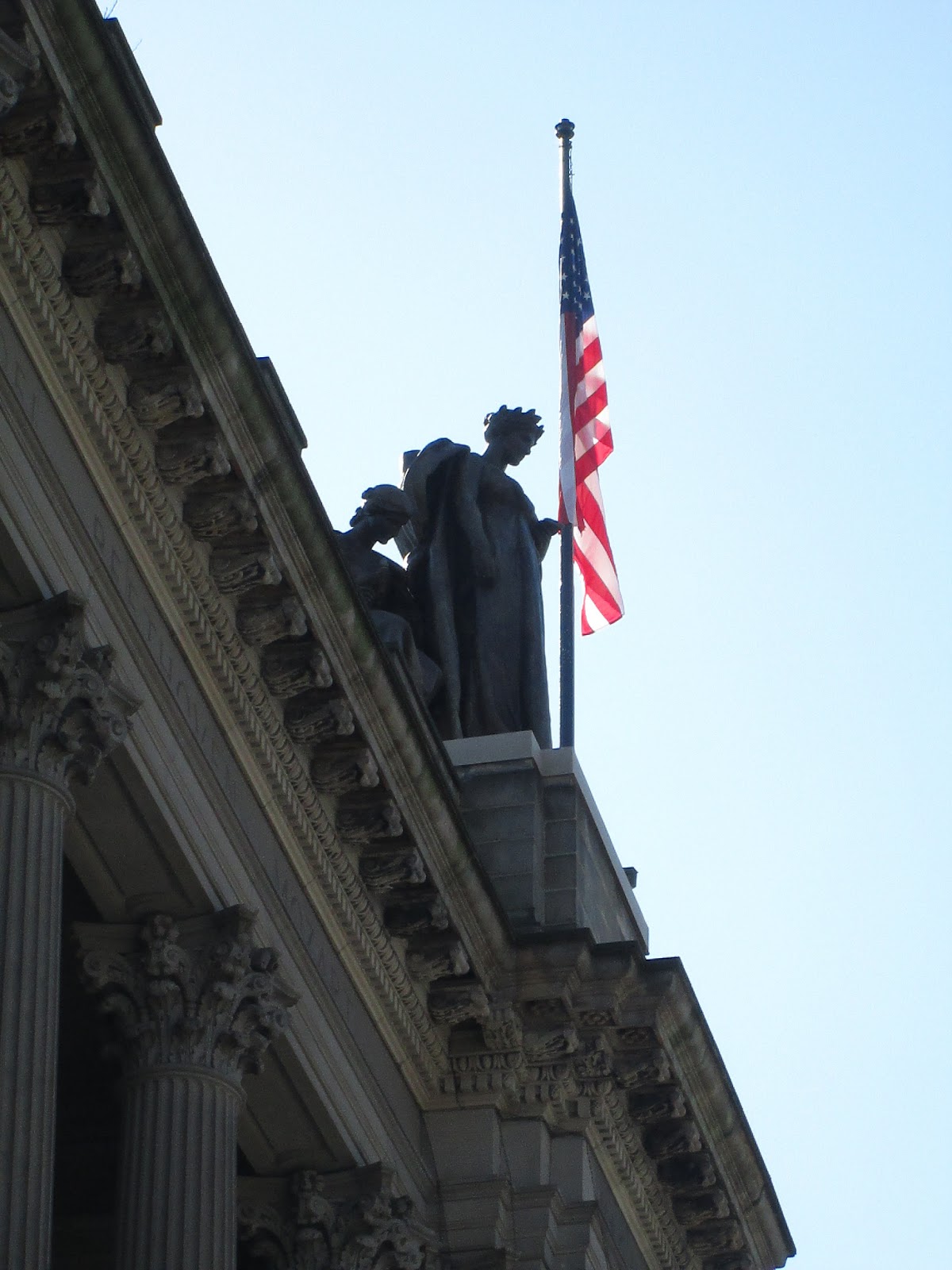 The United States government was
designed to be a bicameral federal
republic; two legislative chambers
in two tiers --- state and nationwide.
It's foundation stones were electors
& representatives who were meant
to check and balance the senate.

The US government was never de-
signed to be a democracy.  Nor was
it designed to be a corporate dictator-
ship of lobbyists.  Decision-making
was intended to involve more than
1%.  Reaganomic Trickle Downism
is unAmerican.  The idea of wealth
trickling from a few is repugnant.
It leaves the majority of Americans
unable to steer their own destinies.
The trickle-down mindset only values a human life according to each individual's bank
account holdings.  The trickle-down theory reduces life's goal to nothing more than the
ringing-up of a cash register, thereby showing how uncreative, vain, lifeless, and void
of personalities the present-day wealthy are.  All that they can think of is getting a hand-
ful of surrogates with loud and disrespectful mouths to badger and harass the middle
class and poor who already have more than enough burdens to carry in life.

In addition, the George WMD Bush years proved that Trickle-down Reaganism does
NOT work.  The trickles went overseas, to places such as Mitt Romney's Swiss and
Cayman Island bank accounts, as well as to numerous low-waged nations, for the sake
of giving an unfair benefit to a few who leech off of burdened sweatshop workers
who operate as slaves throughout the earth.

It's extremely anti-American to limit the decision-making process to a mere 1% of the
population, all the while expecting hundreds of millions of North and South Americans
to be powerless sheep, subject to the whims of ultra-rich people who, in reality, only
hold ultra-wealth because they either profited from underpaying workers and/or over-
charging customers and/or unfair commercial advantages that only they were granted.
The bottom line is that the rich hold the wealth owed to underpaid workers and over-
charged customers.  This is why Nuremberg-type trials continue to emerge.

In a previous article, I mentioned the thesis statement of the truly successful:

Well, there is one more feature that separates the successful person from the
non-successful one.  It goes as follows:

The diatribes of those who spoke for the wealthy, in contempt of the burdened in
society are the diatribes of those who leech off of the wealthy, in the form of cor-
porate media payroll checks. These people do not go on air and assassinate the
character of the burdened for free.  Also keep in mind that the head of FoxNews
is a repulsively obese individual who shows himself to be as lazy as laziness itself,
in said obesity.  That is to say that FoxNews people work for a pig ... literally.

In fact, Republican politicians cow-tow to the rich, only because the burdened
middle class and poor can't as easily fund their re-election campaigns.  In similar
fashion, the same middle class and poor can't as easily pay the ridiculously high
salaries to radio talk show hosts, television commentators, and similar operatives.
Therefore, right wing bully pulpit radio talk show hosts go about lambasting and
ridiculing the burdened,  assuming that they personally don't get any self-seeking
benefit from the poor.

It's the poor and middle class who work for the holders of wealth.  Therefore, it's
the working poor who make wealth for the wealthy.  The rich don't create more
jobs.  The working poor do so, in enabling more sales and consumer demand.  In
as much, the right wing radio talk show host who lambasts the working poor has
been benefiting from them, in that the talk show hosts' paychecks are signed by
those who benefit from the working poor.  This is the ultimate ingratitude.  In fact,
this is why things such as the French Revolution occurred in the past and is in the
process of reoccurring in the present tense, on an entirely different continent.

Keep in mind that the Tunisian Revolution already came and went, having started
the ball rolling.  The Occupy Wall Street movement was the warning shot fired
across the bow.  The rich of today, like the aristocrats of Louis XVI's court,
paid no heed.

The bottom line is that anything which shrinks the number of people involved in
America's decision-making processes is un-American, anti-patriotic, & treason-
ous to the ideal of We, the People.  America is supposed to consist in We, the
People, and NOT We, the 1%, along with an entourage of our loud mouthpieces
who hog the air waves as much as possible.  This means that Ronald "Triple the
National Debt" Reagan, George "WMD" Bush, Dick "Waterboarder" Cheney,
NAFTA Newt Gingrich, Rush "Viagra Smuggler" Limbaugh, and Mitt "Cayman
Island" Romney have thus far been the most anti-American & unpatriotic people
you've seen and heard in the past 34 years.  They have been antagonists to the
vast majority of Americans  ...  for decades. ____________________________________________________________
from Patrick Anthony Pontillo on 5/14/2017