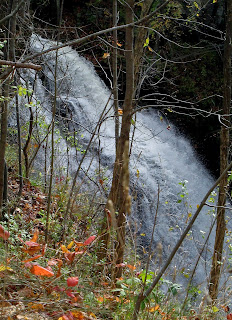 Hundreds of millions of Americans need
more than a Reaganomic trickle.  They all
need the main stream.  The rich never create
jobs.  Only shoppers do ... only an increase
in demand does.

The Communist Sweatshop Dictatorship of
China has proven that it's falsehood to state,
"If you built it, they will come."  The dozens
of newly built Chinese Ghost Cities prove this
to be so.  Reagan is the one who opened trade
with Communist China, claiming that it would
become a capitalist nation.  Communist China
only become more ruthless & irresponsible.
Even though Establishmentarian & Closet Republican Hillary Clinton would have
been far worse as president, at best, Ronald Reagan was a very mean April Fool's
joke.  At worst, his numerical record tells the tale.  The worship of Ronald Reagan
was false-advertising hype, for the new conservative Republican Way.  It was/is a
way where only the rich who need no help are helped all the more.  Meanwhile, the
working poor were left to endure all the more heavily weighted burdens.

Incidentally, keep in mind that Hillary was a Goldwater Girl, she was the loudest
advocate of the economic crime against humanity known as NAFTA, and she did
not believe in due process of law and fair trials, as it applied to Northern African
heads of state whose overthrows literally resulted in anarchy and a slave trade in
that Northern African nation.  In as much, White Anglo-Saxon Protestants such
as Hillary Clinton and George Bush mangle nations when they intervene in them.
The wrongest people have been in power for too long a time.

Keep in mind that the original Republican platform was low military spending.
The Republican party of Teddy Roosevelt, Eisenhower, and Gerald Ford was
completely different than that of today.  Today, a Republican is locut eating
up the land.

Contained herein are links to a number of newspaper articles written about Ronald
'S&L Crisis' Reagan during the actual Reagan years.  Those articles are journalism
at point zero range, chronologically speaking.  They constitute journalism complete-
ly free of time distortions and altered historical accounts.  They serve the function
of the evidence that Reagan was neither the great prophet, nor the enlightening sage,
nor the fearless warrior that the right wing world made him out to be ... that he was
NOT Mount Rushmore material, to state it politely.

Reagan caused a lot of harm to Americans who weren't the richest of the rich.  He
caused so much harm to America that the Reagan years consisted in picking up the
pieces of American wreckage, after he signed something into law or set forth an
executive order.

By his life and by his deeds, Reagan taught us one thing:
. . . that the exceptionally stupid lie an exceptional amount of times.

For those of you brainwashed into believing that Ronald 'O-Ring" Reagan was the
greatest man to ever live, the following links will provide you with an eye-opening
and mind-liberating education.  Reagan was a chronic liar during an era when there
was no internet fact checking capability.

The news articles linked from this page are in the Must Read status.  Included are a
few commentaries written around the general time span of Reagan's 100th birthday.
They mostly concentrate on how much of a liar Reagan was.  Those added articles
are also Must Reads.  They'll answer all questions but one:  When did Reagan not
lie?  If you were there, in the Reagan years ... and if you were not a yuppie ... you
would understand.

As an added preparatory section:

when Reagan entered office, the U.S. was the largest creditor nation on earth.

1} The worst unemployment rate since the Great Depression emerged.  2} As was
previously mentioned, in 1985 the US turned from top creditor nation to top debtor
nation.  3} What wasn't mentioned yet was that, also in 1985, the first of many S&L
bank failures occurred.  It resulted in a bank holiday being declared in an Ohio where
the deposit-insurance reserve had been drained.  4} Then came the following year,
when the Tax Reform Act of 1986 was signed into law, along with the repeal of a
real estate investor's "passive activity deduction" which turned the Ohio S&L Crisis
into an eventual national phenomenon, in combination with fraud, deregulation, and
Reagan's obsession with decreasing inflation, while not keeping the prime interest rate
down.  5} The piece de resistance of the Reagan Years occurred on October 19, 1987.
That was when the Stock Market Crashed.

This leads us to the ultimate and quintessential question for the Reagan Propaganda
Machine:  What Reagan Recovery?

A Brief History of the 1987 Stock Market Crash with a Discussion of the Federal
Reserve Response;  issued by the Federal Reserve Board, 2006

Reagan's Liar Charge Backfires, by Drew Pearson  1967 (famous writer at the time.)
Article of paramount importance, showing Reagan to be the quintessential liar:

"There is a storm brewing which will provide major embarrassment to former
Governor Ronald Reagan."

News articles about polls taken in 1987, an Iran/Contra year:

Most in poll believe Reagan may be lying; Mohave Daily Miner, 1987

Ronald Reagan Was Many Things,
But Most Undeniably He Was A Pathological Liar,
by Eric Alterman