My Security Clearances, to counter a 70+ yr old hag's whistle blower retaliation against me. 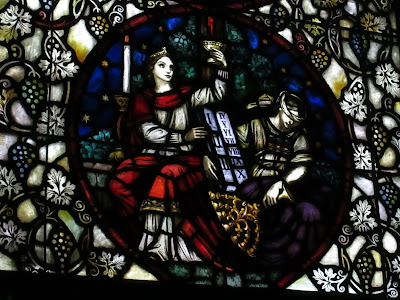 I'm one of those guys who, from time to time, plays the real-life role of Dudley
Doright.  This has resulted in whistle blower retaliations against me.

In fact, in 2017, a former member of "the deep state" went on a rampage against
me, after I reported his present employer for wrongdoing.  He was bullying me
intensely.  Yet, I did not submit to his bullying.

Now, this guy was in the U.S. Department of Defense, meaning that you paid for
him to learn how to inflict severe bodily damage on humans.  In fact, after he real-
ized that I was not going to run away from him and not submit to his bully tactics,
he said to me, "I know a lot of defense systems," upon which he moved into a strike
pose and repeatedly semi-circled me, literally bouncing into my face, with the pre-
sumed purpose of scaring me so badly that I would flinch or swing at him in self-
defense.   Such movement would give him a bogus excuse to do his taxpayer fund-
ed martial arts practice on me and cause me severe physical harm.

The same whistle blower retaliation prince did a different form of retaliation up-
on me the following week.  This time, he used other people, and they were carry-
ing guns.  In that instance, he kept his distance from me.  After all, if you can't get
a guy to even flinch, after repeatedly lunging toward him, you can assume that the
guy is also a martial arts expert who can do you sufficient enough bodily harm to
get you to quit lunging for him.

The other retaliations against me:

I was also caught in the retaliations committed by the former personal secretary
of Washington DC Roman Catholic Cardinal Donald Wuerl, after I came to the
assistance of a poor soul who was being graphically and sexually harassed by
the priest.

Now, this occurred in Pittsburgh, when Donald Wuerl was bishop of the Roman
Catholic Diocese of the City of Three Rivers, Six Super Bowl Rings, and Five
Stanley Cup championships, not to mention 446 bridges.  In that instance, things
got so intense that two men came to my domicile with extreme prejudice against
me.  Meanwhile, Wuerl looked the other way.  Incidentally, that account is writ-
ten in a "citizen's report form" by a third-party witness and can be viewed online
at  www.donaldwuerl.com

I uncovered the lies of the false accuser of a priest whose life was completely de-
stroyed.  I went into detail about her con game, at www.donaldwuerl.com.  The
priest's name was Anthony Cipolla.  The accuser was a former teen pregnancy
queen of the 1960s.  After an intense measure of research, and after having fin-
ally found the retired police officer who was said to have arrested Cipolla, I
found that the 1960s teen pregnancy queen was lying from A to Z.

In retaliation against me, this 70+ year hag who is lowly educated publicly an-
nounced that 1} one can search online all day for information about Patrick
Anthony Pontillo and find nothing,  2} meaning that I am Anthony Cipolla
in disguise operating a child molester protection ring.

Firstly, Anthony Cipolla is dead.  Thus, he is NOT the one posting articles at
www.donaldwuerl.com,  at this site, or at the other Pontillo site which bears
the title, the Heart and Mind of the Virgin Mary.  Plus, Cipolla is NOT the
posting anything at the Pontillo Google+ URL.   I am NOT the ghost of the
late Anthony Cipolla.

Concernig the 70+ year old hag's claim that you can search all day for informa-
tion about me and find none, know this:

Online are numerous photos of me, including a couple newspaper sports-section
photos of me in my football days.  I have literature on a Harvard University shelf,
as well as at UNC Chapel Hill, Northwestern University, Sweet Briar College and
elsewhere.  I also have a couple pages of my medical records online.  But, most
importantly are the photos of my security clearance certifications, proving to you
that I am NOT Anthony Cipolla in disguise operating a child molester's protection
ring.

In my life, I have obtained EIGHT security clearances.  They included the FBI
Clearance, a Pennsylvania Dept of Corrections Clearance, A Child Abuse His-
tory Background Check Clearance, a Concealed Weapons Carry Clearance, etc.

My 70+ year old defamer never met me and never had a conversation with me.
How would she know anything about me outside of what's posted online.  In fact,
shortly before she claimed that I didn't exist, but was Anthony Cipolla in disguise,
she sent a number of harassing emails to me, proving that she knew that I existed.

Well, in order to undo a lying hags' solitary work, I present to you copies of my
security clearance certificates once again and remind you of two more things.

1} You have to be incredibly wealthy to operate a child molester protection ring,
and I am a construction worker who occasionally does construction-related
legal work.  I work in Pittsburgh and Chicago, and I have to drive between
those two cities.  The company does not have the money to provide me with
airfare, time after time after time.

2} If I were a criminal protecting child molesters, I would have been arrested by
now.  This woman proved that she was deliberately lying about me, because
she never called the police or FBI on me.  Case Closed.

In addition, I have been in over a hundred domiciles, ranging from welfare hous-
ing to the homes of the rich.  I have been on dozens of government contract con-
struction sites, as well, and I have been in schools, to do construction work and
to take measurements for project bidding purposes.  I have NEVER been accus-
ed of any felony or misdemeanor in any of those homes or on any of those sites.

P.S. ... A mentally ill man in New Hampshire who is on psychiatric disability
copied that hag's writings and posted them on his blog.  He is the one who was
arrested for harassing Bill Donohue, president of the Catholic League.  So, keep
in mind that no newspaper and no magazine ever reported me for being what the
hag claimed.  I had never been arrested or even questioned for her claims.  This
shows that she deliberately lied and that she thinks that you are really stupid.

She insulted your intelligence.  Are you going to sit there and let her get away
with doing so?  For now, view a sample of the security clearances that I receiv-
ed through the years and know that that hag lied deliberately.  Such a person has
murder in her heart.  Concerning this, she caused untold stress to Anthony Cipolla.
He had bypass surgery and later died of a heart attack.
-----------------------------------------------------------------
I did a lot of work on the www.donaldwuerl.com site, on this site, and on the Heart
and Mind of the Virgin Mary.  You can go back to reading my works and viewing
my photography.  My works have been viewed over 5 million times, as it is.  You
can continue the trend now.

This clearance, alone, should speak volumes and shut up slanderous hags. 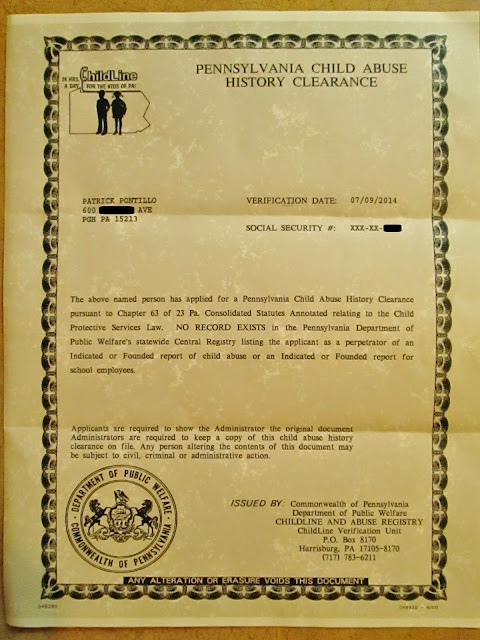 For the record, I got my FBI clearance through the Dept of Education 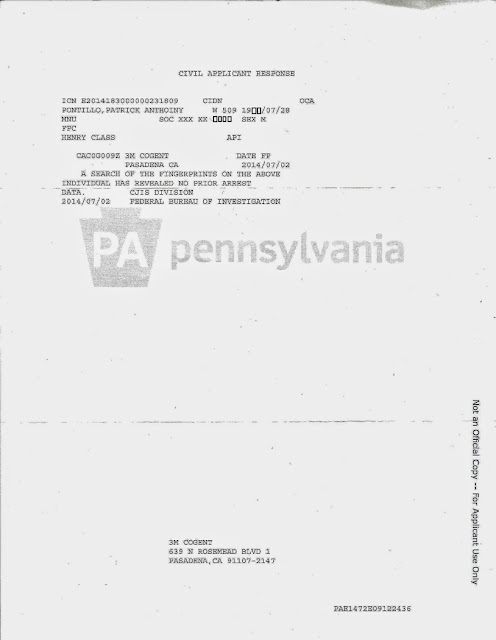 This is one of those clearances where the sheriff's dept called
a couple people who knew me, to vouch for my character. 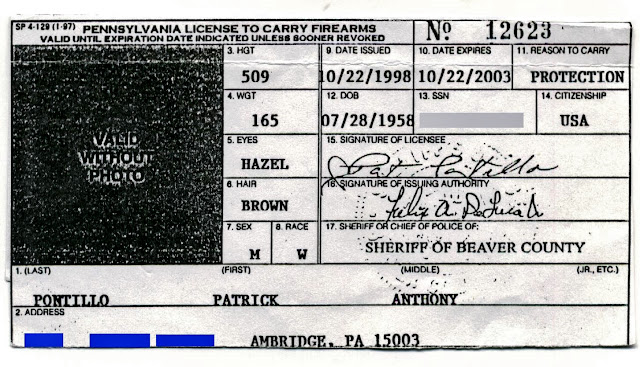 I also have the 2017 edition of this security clearance.
Okay then.  Go back to enjoying my works. 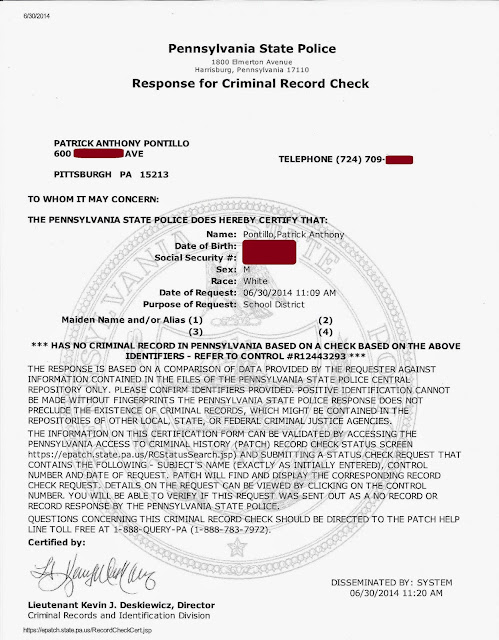