Systemic and Co-existing Forms of Chemical Sensitivity, along with some of the chemicals which triggered them 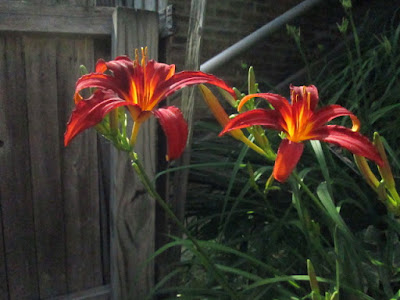 Anaphylaxis:   It impairs multiple body systems in one systemic fashion,
and it has been triggered by a number of chemicals at ambient (nontoxic)
levels.   The chemicals which have thus far been documented as having
triggered anaphylaxis at nontoxic levels include:

The existence of Systemic Chemical Sensitivity has already been docu-
mented under the name, anaphylaxis and even urticaria.   It is not a pro-
posed hypothesis yet to be proven.

An objection to the recognition of Multiple Chemical Sensitivity exist-
ed in the assertion that a chemical, whenever encountered at a nontoxic
level, cannot impair more than one body system in the same one person.
However, chemicals have individually done this during anaphylaxis.

In the world of occupational medicine there have been DOCUMENTED
instances where the same one chemical, at an ambient level, has impaired
two body systems in the same one worker (or subset of workers.)   This
phenomenon can be regarded as dual chemical sensitivity.  It has thus far
involved the integumentary system (the skin) in combination with the re-
spiratory system in the following forms:

Dual Chemical Sensitivity has already been documented.  It appears
in documentation under the title "co-morbid conditions," as well as
"coexisting conditions."   It is a documented phenomenon and not a
hypothesis yet to be proven.  The chemicals which have thus far been
documented as having induced it, in the world of Occupational Medi-
cine, include:

Occupational Asthma and Contact Dermatitis in a Spray Painter after Introduction of an Aziridine Cross-Linker.

Then there are cases where pronounced chemical exposure (such as
in the case of chemical spills) has resulted in adverse affects to dual
body systems.   It has furthermore resulted in chronic hypersensitivity
to a number of chemicals other than that which was encountered dur-
ing the chemical overexposure.

One case study involves a tank truck hauler who developed symptoms
during and after an eight and a half hour stay around an alleged tank of
paraffin, due to the fact that he experienced a tire blowout while driving,
and had to wait for a road crew to get him back on the road.

Within one hour of the blowout, the driver underwent racking cough,
a severe headache, and an irritated throat.  Within forty hours, his feet,
hands, and abdomen started to swell.  The swelling continued to the
point triggering shortness of breath and chest pains.  The medical ex-
amination of the driver resulted in the following objective findings:

When the driver was examined a year after the blowout, he stated that
exposure to chemical agents resulted in his suffering gastrointestinal dis-
tress, fatigue, weakness, neuralgia, and irritability.  This is a description
of Multiple Chemical Sensitivity, and this is pertinent to note in light of
the fact that the detractors of MCS have repeatedly claimed that persons
manifesting signs of MCS have no objective medical findings to support
their reported symptoms.  This driver had seven objective medical find-
ings at the outset of his illness.

In meeting rooms where position statements are drafted, the name
Multiple Chemical Sensitivity was changed to that of Idiopathic En-
vironmental Intolerance.   This substitute title is an entirely erroneous
title in the case of the tank truck hauler, being that "idiopathic" means
"of unknown origin," and the hauler's ills originated at a known time
and a known place.

That case study and seven other ones are described in medical article
titled,  Reactive Intestinal Dysfunction Syndrome Caused by
Chemical Exposures - RIDS.