Conflict of Interest and Underhanded Deceit in the US House of Representatives. 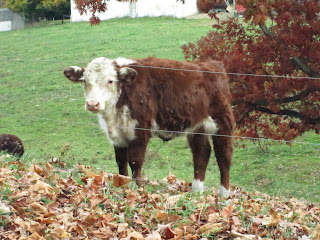 The following was written before the Farm Bill was rejected by Republican and Demo-
crat alike.  The farm bill's demise is pivotal in what will form in the future.  This is be-
cause it was proven that there still are legislators in the United States who either have
consciences or who are tuned in to their constituents' emotional reactions.  Supporting
this bill was political suicide.  Yet, those who pushed for it actually thought that they
were about to perform a coup d'etat against every norm possessed by civilized society.
They have been doing everything possible to turn 21st Century America into 18th Cen-
tury France, shortly before the revolution which gave rise to Napoleon Bonaparte.

In re:  The news report of the U.S. congressman from Tennessee who finagled his way
into the Agricultural Committee, despite the conflict of interest involved, and ever so
coincidentally enriched himself to with the very subsidies that right wing conservative
Republicans condemn as socialism.   The same congressman, Stephen Fincher, abused
the Bible, in taking out of context a solitary sentence, in order to justify lowering food-
stamp allotments by $20,000,000,000 over a three year period.  The report is that he
acquired $3.48 million in taxpayer-funded farm subsidies, from 1999 to 2012.   As a
pertinent note, 40% of all food stamp recipients are children.

In fact, the same Stephen Fincher found his way into the United States House Financial
Services Committee that oversees banks.  Well, Stephen Fincher is under investigation
for an alleged banking scandal.  It has to do with a $250,000 donation to his campaign
by a bank & trust where his father is on the board of directors and where the chairman
was already a benefactor to Fincher's campaign.   Fincher has a way of finding his way
into money channels.

Fincher was also named one of the most corrupt members of the U.S. Congress in 2011,
by Citizens for Responsibility and Ethics in Washington.

This is the same Stephen Fincher who used merely one sentence in the New Testament,
taking it entirely out of context, in order to justify reducing food stamp allotments in this
day of high food prices.  When he did this he did something UNCONSTITUTIONAL.
He gave the impression that he was establishing a religion.  The truth is that he is mere-
ly a con artist using Christianity to deceive the gullible of the South into thinking that
he (Stephen Fincher) is the voice of God.  He is NOT.  He doesn't even look or sound
much like a man.

The following is a qualifying statement, concerning the congressman's use of merely
one sentence from the New Testament, to justify depriving the millions of children
living in poverty, the many elderly living in the same, and the painfully disabled of
America, in painfully reducing food stamp allotments.

The verse that Fincher read was, "He who doesn't work doesn't eat."  The conclusion
is that, according to Fincher, the following applies:  Three year old children living in
poverty must work or starve.  The elderly living in poverty must go back to work or
starve.  Those too disabled to work must work, thereby negating the government in-
surance program called Social Security which comes to the rescue of the disabled.
Five year old children living in poverty must work too, if you interpret the one New
Testament sentence used by Stephen Fincher the way in which he did.  Well, the con-
text of that one sentence goes as follows:

During the time of Saint Paul, a newly converted Greek community assumed that the
Second Coming of Christ would soon occur.  So, they stopped working on anything
earthly, because they figured that it would be "all that work for nothing."  So, Paul
had to correct them, and in doing so he set forth the rule that any one in the Thesso-
lonian Christian community who didn't want to work didn't get to eat.

Now, let us go to the Acts of the Apostles.  There is mention of charity being given
as a matter of course, thereby making charity is the Christian way.  Those in need of
food received it without having to specifically work for it.  This would include the
infirm, as well as whosoever else received Christian charity in deed.   Observe:

Starting at Acts Ch. 4 vrs 32:  The community of believers was of one heart and
mind, and no one claimed that any of his possessions was his own, but they held
everything in common.  With great power the apostles bore witness to the Resur-
rection of the Lord Jesus, and great favor was accorded to them all.    There was
no needy person among them, because those who owned property or houses would
sell those things and then take the proceeds of the sale and put it at the feet of the
apostles.  They (the proceeds of the sales ) were distributed to each one according
to his/her need.

This was known in the early Christian Community as the Daily Distribution, and it
resulted in the original apostles ordaining an order of men dedicated to that which
is called Distributive Justice and other ministerial duties of the true church.  The or-
dained order dedicated to this purpose is called the diaconate, as in diakonos.  The
individuals who belong to the order are known as deacons, and they are not to be
confused with Protestant sects which broke away from original Christianity, stole
its Bible and stole its nomenclature.

Protestant deacons are a separate entity, not  affiliated with the order that links itself
to the apostles.  In fact, Protestantism is a complete break-away from the Christianity
of the Apostles.  After all, in heavily Protestantized sectors of this earth, a person as
poor as Christ didn't get charity. Such a person got arrested for vagrancy ... arrested
for being poor.  All in all, Tennessee congressman Stephen Fincher is clueless as to
what true Christianity involves.  Thus, it was an outrage for him to claim that reduc-
ing needed food stamp allotments is the Christian thing to do.

Another passage in the New Testament which shows that Stephen Fincher has no-
thing to do with the Will of God and true Christianity goes as follows:

The Gospel of Matthew, Ch. 25 vrs 44 and further:  Then they will answer and say,
‘Lord, when did we see you hungry or thirsty or a stranger or naked or ill or in
prison, and not minister to your needs?’   He will answer them, ‘Amen, I say to
you, what you did not do for one of these least ones, you did not do for me.’ And
these will go off to eternal punishment, but the righteous to eternal life.”

In as much, Fincher is violating a basic precept of Christianity, all the while acting
as if he is a true Christian.  He is a fraud when it comes to Christianity.  In as much,
do not confuse a religious man with a religious hypocrite.   Fincher attempted to de-
ceive people into thinking that the Almighty God said that you have to reduce food
stamp supplementation, while Fincher personally benefits from farm subsidy pay-
ments.

Even when it comes to the physically and mentally able, if the Republican congress-
ional members, since NAFTA Newt Gingrich's days of Speaker of the House, did not
allow the egress of jobs from America into sweatshop & slave labor nations which
caused an outrageously high US Trade Balance Deficit, then many Americans would
not need food stamp supplementation.  It's not the fault of the unemployed.   It's the
fault of people like Stephen 'the Taxpayer Leech' Fincher who now wants to deprive
gate padlocked workers, children, elderly people, and the disabled of even more of
the little they get in life ... while Fincher rings-up on his personal cash register tax-
payer-funded subsidies.

Protestantism simply tried to redefine Christianity.  Therefore, it rejects Christianity
and all of its laws of charity, as well as laws of justice.  This means that there are
people today who hated Christianity, when the truth is that the hate Protestantism.

The members of the Southern Baptist world only recently starting calling themselves
Christian.  In doing so, they claim that they are the authentic Christians.  Well, it was
a short period ago when they called themselves Born-again Christians, thereby denot-
ing separation from original Christianity.  There was even a time when this sect called
itself Anabaptist.

The bottom line is that the doctrine and moral code of these people is so remote from
original Christianity that it is merely a grotesque caricature of Christianity.  Now, the
Bible itself states that "a tree is known  by its fruits."  It also states, "A good tree can
not bear bad fruit, and the bad tree cannot bear good fruits."  In as much, review the
fruits of the Southern Baptist world.  In doing  so, you will realize that it was never

Christian in any capacity.  Rather, it's anti-Christian in deed.  I'll be polite and not
enumerate the fruits of the Southern Baptist world here.

Incidentally, the Bible expressly states that not everything is in the Bible.  Therefore,
the Bible Belt world simply regards the Bible as an idol, as well as an excuse for that
world of hatred to not listen to the teachings of anyone outside of the Southern Bap-
tist, isolationist South whose people were talking about secession from the Union as
recently as the Year 2012.  The phrase, "They are still fighting the war down there"
still applies.  They don't have any interest in the north of the United States until it
comes time to take northern taxpayer dollars.

Stephen Fincher had the asinine audacity of quoting one sentence in the Bible, as if
he were the ultimate expert on Christianity, in order to do something condemned in
the Bible.  Stephen Fincher was NOT the one elected pope last March.  He should
quit acting as if he were, because he makes Christianity look like hatred in essence.

Your mind needs to process the reality of imposters hiding behind masks.  Such
is the case with right winged flag wavers, especially those of the South.  To think,
these are the people who proudly displayed the Confederate flag, even as recent-
ly as the 21st Century.  Yet, they ... the descendants who were willing to kill, in-
stead of preserve the union act as if the stars and stripes that their ancestors at-
tempted to destroy is the most important thing on earth ... next to their repeated
misinterpretations of the Bible.  The flag waving motiff is merely a diversionary
tactic.

The bottom line is that Southern Baptist Protestantism was long ago condemned
by those who succeed from the original form of Christianity.  Therefore, the evils
of the Stephen Fincher types are not the Christian way.  So, don't hold Stephen
Fincher as a model of Christianity, and don't measure Christianity according to
him.