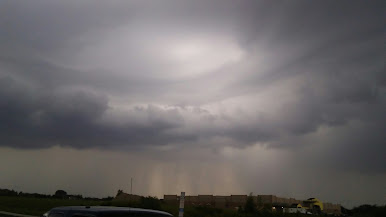 Before anything else, take more than a moment to look at the chart below.  It's the statistical average (per decade) of deaths due to natural disasters.  Also keep in mind that "natural disasters" used to be called Acts of God, even in insurance law.

On the Blue Marble Album was posted evidentiary support in the claim that the opposite of climate doom predictions have occurred in recent years past.  And of course,

As one example addressed below here, the Blue Marble Album has posted on it the LFB (London Fire Brigade) statistical chart showing that there have been far less Greater London Area fires, since record keeping began in 1966, with a steady downward decline beginning circa 2003 and continuing in 2021.  The least number of fires was 17,993, in 2017.  Greater London means county-wide; not merely within the city perimeters.  The bottom line is that London area fires decreased significantly, while co2 levels rose.

As another example addressed below, the US Forest Service provided a chart (that was posted at the Blue Marble Album) which statistically illustrated that there were 5 times more forest fires in decades past than there are today.  Thus, there are not more wildfires today.

On the positive number side, record high crop harvests, crop production, and crop exporting has been regularly occurring, especially in 2021.  Links to those official announcements, with occasional official charts, are have been posted at the Blue Marble Album, too.   Yet, the prediction was that rising co2 levels would lead to crop failure.  Well, co2 levels are increased in the greenhouses of professional growers.  In fact, if you want to go green, increase the co2 in the atmosphere.

In fact, it was also in 2021 when Antarctica had its coldest winter on record, and such a thing negated any semblance of Global Warming, as opposed to localized warming here and there.

All in all, look at the natural disaster death rate chart, and notice how intensely the deaths have decreased, thereby showing the U.N. and all of its Third World propagandists to be utterly dishonest. 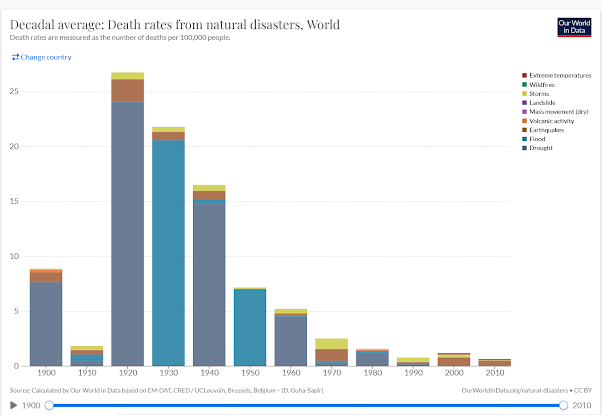 The first algebra-mathematics lesson is this:  The American taxpayer of off whom numerous nations have leeched has no more money to spare.  The United States is over $30 TRILLION in debt.   There is no money for the typical political con artist to tell the U.N. assembly that the world is going to come to an end tomorrow, if the United States taxpayers don't shell out all their available money today.  You've drained America dry, and Chinese money has predatory loan strings attached to it.  That would leave you with Russia and its petrol sales profits.

The World is once again coming to an end tomorrow and the tomorrow after the next one.

In September 2021, as the United States was engaged in record high crop harvesting and exporting, there was an onslaught of media press releases about the U.N. declaring that there were 11,000 "weather disasters" in the past fifty years, due to the rise in co2 (and other greenhouse gases).  The same U.N. declared that there are 4-5 times more weather disasters today, than there were fifty years ago.

It's time-out time, for a moment, here.

Example 1 is the list of the deadliest Atlantic Ocean hurricanes.  The vast majority of those deadly storms occurred much before the turn of the Millennium.  Only Hurricane Maria was a 21st Century storm. Other years of the most deadly of storms included 1780, 1900, 1963, 1776, 1928, 1775, 1909.  These deadly storms occurred when co2 levels were much lower than today.  Once again, the Al Gore - John Kerry -Michael Mann co2 causation theory doesn't ride a wave in this statistical department.

This "table" also indicates that the U.N. authors are quite the liars, in having claimed first that there are far more deaths today than in days of old.  The actual September 2021 document states the opposite, in having stated that fatalities decreased due to modern technology.  However, the media, the press, the TV stations, the internet video sites claim that there are more natural disaster deaths today.  That's a big lie.

FURTHERMORE, the statistics & press-releases of the London Fire Brigade attest to the reality that Greater London Fires, by the Year 2014, occurred at half the frequency than in the '80s & 90s.  The chart looks like a sliding board, in displaying the decrease of Greater London Area fires.  None the less, in its least year, (2017),  the Greater London Area had over 17,000 fires.

Since 1966, Greater London had at least a total 935,000 fires.  Which one of those fires were counted by the U.N. as weather disasters?  Any fire that occurred on July 19 in England was declared as such.

The first question:  What constitutes a U.N. weather disaster?

If this sensational U.N. claim is true, it means that there was an average of one disaster every 40 hours, for 50 consecutive years.  This translates into 4 weather disasters every week for 2,600 consecutive weeks (50x52=2600).

This also translates into 18 weather disasters every month, for the past 600 months.  Now, where is all the archived newspaper, magazine, and TV coverage on these events?  The phrase, Weather Disaster, is understood to mean "Front Page News" --- "Once in a lifetime" event --- "your-life-will-never-be-the-same-again" event, much like war.

A weather disaster is assumed to be a special occurrence which deserves to be reported & published . . . in the newspaper.   So, where is all the newspaper coverage for 11,000 incidents?

On the other side of the mathematics tree is the fact that US forest fires occur in the tens of thousands yearly, and not merely 11,000.  So, which fires get counted as one of the UN's 11,000 "weather disasters?"

The realization is that the attempt to shock Americans into submitting to the will of the UN, Bill Gates, Michael Mann, Al Gore, and John Kerry is NOT going to work with all of the non-defined & vague numbers that the UN keeps shoving in front of humanity's faces.  Where are the data sets that were used by the U.N. for the September 2021 end-of-the-world proclamation?

The U.N. harped on the greenhouses Methane (CH4) & Nitrous Oxide (N2O), as if they were the other foreboding presences in the atmosphere.  Well, Methane has 28 times more power in capturing infrared heat than does co2, and Nitrous Oxide is reported to have 265 - 298 times more atmospheric heating capacity than co2.  The cancel-out factor is this: There's not enough N2O or methane in the atmosphere for them to make any difference in anything.

Here's the reality check ====> Methane exists in the Troposphere at 1.889 ppm.  That's One Point Eight Eight Nine parts per million.  Nitrous Oxide exists at 1/3 part per million (aka one part per three million, aka 330 parts per billion.)  Climate Doomsayers always withhold & even hide decisive facts.  That's the sign of deliberate liars acting in tandem.

Now, it was the Climategate Emails of 2009 which showed us that temperatures in certain African regions were made-up.  In fact, there were record high temperatures being recorded about Africa where there were NO WEATHER MONITORING STATIONS.  Are those fake African temperatures counted among the 11,000 alleged weather disasters of the past 50 years?? 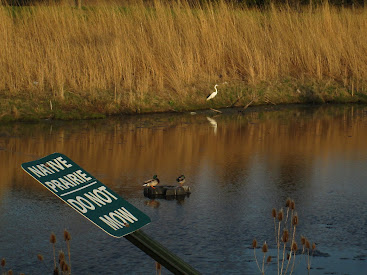 Do you remember in 2003, when almost every American believed with assured certainty that there were Weapons of Mass Destruction in Iraq?   Do you remember reading how solidly the 1930s Germans believed every damning accusation leveled against the Jews per se?  It is now a modern day flashback to acknowledge that an entire nation of Hitler Believers did all they could do to do away with every Jew on Earth --- except for the occasionally defined "noble Jew."

Even in matters of science, do you remember reading how "the science" affirmatively assured humanity that every ulcer was the result of emotional stress, when the truth was that the Helicobacter Pylori Bacteria causes them?

Do you remember "the science" proclaiming that brain damage is permanent?  Then came the hippocampus being restored in patients.  Also came the discovery that the brain can be replenished of Brain-Derived Neurotrophic Factor.

Then there is the matter of the original assessment of cigarette smoking ladies --- that they only smoked out of a desire to be a man, instead smoking on account of the addicting power of nicotine.

In light of the aforementioned thoughts, a reasonable person would conclude that any or all of the disastrous weather events counted by the U.N. should not include any event that happened in the midst of MONSOON SEASON, being that monsoons are naturally occurring events which help rice crop harvests, and grains planted after Monsoon season.

This would include landslides that result from decades of erosion, while a Monsoon is in progress.  In fact, any flooding that results from land grading projects and the such, must also be excluded in the UN tally sheet.  Well, were Monsoon season events and poor landscaping work counted among the "11,000 weather disasters," by the U.N.?

You know, the U.N. has its ulterior motive, too.  The motive is to reach deeper into the United Stated taxpayers' pockets and pull out as much as possible, even for Third World Nations.  All that the U.N. needs to do is be honest and ask for charity dollars.  It didn't have to create nightmarish hype equal to Orson Welle's War of the Worlds presentation.

Tsunamis must not be counted either, being that earthquakes are not triggered by any atmospheric gas.  They are triggered by tectonic plate motion.

Wintertime events must be excluded from the tally sheet, too, even though the Global Warming political wing started to blame record winter weather on Global Warming.  This is only possible when a snowstorm comes nine days or less after a heat wave.  Heat waves up North are usually in June, July, and August.  Snow storms are usually in December, January and February.  That's much longer than nine days.  None the less, co2 levels have been claimed as the instigator of every misfortune by climate racketeers, including record cold.

Any disaster is more costly today, because far more people live on Earth and inhabit areas visited by turbulent weather events, such as the coastline, regions near ample waterways, & Monsoon regions.

BTW, proof that there is Climate Change Con Game transpiring is in the observation that the prices for coastline property are still in the upper echelon level.  If people believed the Al Gore horror story of rising shorelines, there would have been a mass exodus from all coastlines.

Today, those coastal areas that do get visited by occasional weather turbulence have much more man-made infrastructure on them.  There are now more houses and more buildings for a big bad wolf to blow down.   Thus, the hurricane damage is more costly per hurricanes.  HOWEVER, there still has not been a Category Six hurricane.  Hurricane intensities did NOT increase.

In fact, in the 12 year period between Hurricane Wilma (2005) and Hurricane Harvey (2017), ZERO major hurricanes made landfall on United States shorelines.

The contradiction in the number of weather disaster deaths

Ironically, the most deadly disaster was in 1970, specifically in Bangladesh.  That disaster took away 300,000 lives, as did a 1980s drought in Africa.  So, what goes with the numerical contradiction?

Concerning the 2021 reports coming from the UN, it will suffice to state that 2021 wasn't third hottest year in the history of anything.  After all,  Antarctica had its coldest Winter in recorded history, in 2021.  Plus,  Greenland had a very cold June, and Greenland also was the place where 12 GIGATONS of snow fell on it in one day; that day being May 26, 2021.