Where there's smoke, there is fire.  And nowadays, where there are journalists, there are liars.  There is also a significant downward trend of fires, from 2003 to present.  Yet, the media reported London as literally being on fire, due to co2.  The great irony is that, in the commercial world, liquid co2 is used as a . . .  refrigerant.  Solid co2 is called "dry ice."

According to the London Fire Brigade's records department, at its very lowest amount of fires (2019), London averaged 49 FIRES A DAY, everyday in 2019.  During the year of the Greater London area's most fires, the daily average was 82 fires per day.  The Greater London Area is 610 square miles.  Concerning July 2022, one has to wait for statistics to be published.  None the less . . .

Let's go into a bit more detail, concerning London's fire history, so that you will understand the widespread lying that occurred in response to that one Carlwood Surrey day when temps were PROVISIONALLY reported at 39.1C (102.4F):

~ the LEAST amount of fires that Greater London had in a year's time was 17,993, in 2019.  In that year, the London Fire Brigade also reported that London fires have been reduced by 34%.  It furthermore stated that "fires in the home" decreased by 23% since 2010.  The bottom line is that it's a complete lie to suggest that the rise in atmospheric co2 is causing more fires in the Greater London area, as was asserted in overly sensationalized theatrics.

In fact, a statistical chart provided by the LFB shows that fires decreased steadily since 2001.  On a graph provided by the LFB, it looked more like 2003.  None the less, the 2001 number was equal to late 1980s' number and mid-1990s number.  That same one report also stated that the Greater London Fires of 2010 numbered 27,462 (9,500 more than in 2019).   The fire brigade attributed the lower number of fires on "home safety visits" and "education;" not on reducing co2 levels in England.

See: LFB reporting that London fires at lowest in 2014, since record keeping began in 1966

Being that the number of London fires kept going down, it proves that a rise in co2 did NOT NOT NOT cause an increase in London fires.

Concerning that two day span of British heat, there was a single element which made that non-habitual event occur.  Humidity was low for a sea-surrounded nation whose capital has an inlet sea to its east.  On July 19, humidity was down to 24 and 25%.  The humidity was low from July 16 until the 20th, the day after the 102.38F day.  The average July humidity for London and Carlwood is 62%.  To have humidity go that low in July means only one thing --- that heat came out of Africa ... not out of automobile tail pipes.

Now, low humidity and high heat translate into ===>  grass fires.  There most certainly were grass fires on July 19, with the one in Upminster being the largest of the day.  Those grass fires did spread and caught forty structures on fire; structures meaning houses or buildings.

Back to the July 19th Game

Incidentally, there was a video of a Greater London fire burning in the wooded area next to a highway.  It was very visible to motorists.  Now, explain something very contradictory here --- Firstly, the media claimed that co2 retained enough infrared heat to dry-out the Greater London Area and set it ablaze.  If that is the case, then how do you explain trees filled with healthy green foliage catching on fire?  A healthy abundance of green leaves means that the trees wearing the green leaves are NOT dried-out.  How did those healthy green-leafed trees catch on fire?

Nearly half or slightly more than half of "incidents"are false alarms.

It was reported that there were over 1,146 incidents in the Greater London Area on July 19th, 2022.  Look at samples of the London Fire Brigade incident statistics, and you will see that close to half, and sometimes slightly more than half, are false alarms.  The media didn't mention this.

The media is always presenting the Climate Hysteria in an exaggerated & sensationalized false light.  This is because, if they told the actual truth about climate being cyclical, then people stuck in front of TV sets (or stuck in classrooms) would stop living in fear ...and the media would have zero power over them, and ratings would not be as high. 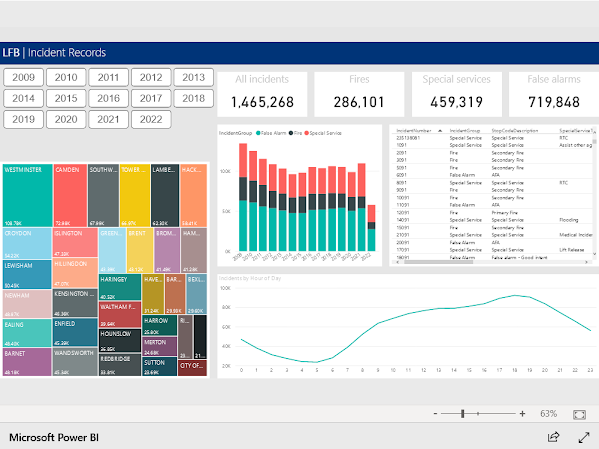 Now, the Greater London Area is 610 square miles.  Its population density is 12,283 people per square mile; 4,761 people per square kilometer. (1 square mile is 2.58 square kilometers.)  In as much, if there 1,100 "incidents" on July 19, 2022, and if this translated into the statistical avg in terms of fires,  there would have been 214 fires averaging one fire every 2.8 square miles in an area that houses 7.5 million people.  The homeless would be everywhere ... not necessarily the dead.

The 1666 Great Fire of London was a four day event that consumed 436 acres.  Things were easily back to normal on July 20, 2022, after only one day of fires that did not add up to the daily of fire average of the Greater London Area ... except for those 40 structural causalities.  Being that there were July 19th reports of entire fields on fire, the fires of July 19, 2022 should have been more land burned than the Great Fire of London.  Well, drive through the land governed by the Great London Authority and video it, so that the world can know how much damage actually was done.

Anyway, the day prior to July 19 was a day reported as 99F (aka 37.2C), and the day prior to that was an 86F day which is non-spectacular for America and a lot of other places on Earth.  On yet a different site, the temp was marked as 103F.  So who is telling the Truth?  The humidity is not in dispute.  That's Saharan African July aridity.  That's the pre-Cape Verdi Season (which occurs in September and October).  Cape Verdi Season sends the low pressure systems of the African continent into the Atlantic Ocean.

Europe, including England has a Monsoon Season too

The European Monsoons usually crank up in October, and Monsson Season there is called The Return of the Westerlies.

Incidentally, the 99F day was amended to a lower temperature (94F in one chart and 96F in a different chart.)  None the less, official protocol is that, in order for a time span to be declared a heat-wave, the heat must continue consecutively for five days.  There was a two day span of 87F & 88F the week prior.  Then came typical weather.  Next came the 99F & 102.4F days of July 18 & 19.  The meteorological definition of heat wave was not meet in London, in July of 2022.

Global Warming Propagandists exaggerated the circumstances and then presented the entire two-day event in a false light. Take note that temperatures went back to normal super quickly.  And of course, London's main problem is rain, rain, and rain again; not Arizona desert heat.

The 39.1C (102.4F) in Carlwood, Surrey, England was "amended" (officially revised) within 11 days, to the downward temperature of 99F (37.2C), by one reputable weather website.  And it was only reduced to 102F by a different reputable weather site.  So, which is the true amended temperature?