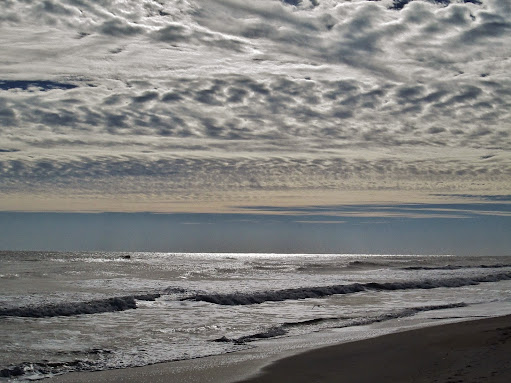 Then certain scientists schemed to find a way to claim that there was no hiatus between 1999-2016, as if scientists didn't get smart until 2017.  They literally claimed that the accumulated heat was hiding in the oceans.   Stop here.   Penalty Flag Time.   Insult to the Intelligence.  This declaration is more of a matter of False Light "sleight-of-hand" deception than a completely false statement.  But, it's instantly invalidating.  Let's go through the steps that will dispel the deception:

>Functionally Effective Sunlight does NOT penetrate the oceans any deeper than 656 feet.   This layer of ocean water is known as the Euphotic Zone.  From the 656 foot point downward, photosynthesis is impossible.  So, throughout an added depth of 2,624 feet (which is directly below the Euphotic Zone), the descending sunlight becomes the increasingly darker.  The twilight layer of an ocean is the Dysphotic Zone.

>Below this line there is no light, and this super deep layer of ocean is called the Aphotic Zone.  It begins at the 3,280 feet mark of sunlight's descent into any ocean.  The Aphotic Zone is marked by darkness and cold, until one reaches the bottom of the ocean where "hot spot" volcanoes and other heat sources sit. And remember, remember, remember:  CO2 has no heating power in the dark of the ocean.

>Moreover, at the depth of 660 feet, directly below the Euphotic Zone, the ocean's Temperature drastically decreases, to approximately 55 degrees F (13C).  This spot in each ocean is called the Thermocline, and when traveling past this depth which happens to beat  the 660 feet mark, the temperature decreases to approximately 39 degrees F (4C).

This decline in temperature takes 3,280 feet to achieve.  This 39F is the temperature of the rest of each ocean ... through the descent to the bottom of each ocean.  At the bottom are ocean floor heat sources (aka Hydrothermal Vents.)  Incidentally, those vents exist where the tectonic plates of two continents are spreading apart, usually.

Next in consideration is the fact that actual Heat Transfer into the ocean only occurs at the first meter of the ocean's surface.  It happens at the top.  It stays at the top.  And one meter of water is not a Fort Knox vault that can hold ever-increasing amounts of heat.  So, how much heat can one meter of salty ocean water hold?   Here is the follow-up question ===>

>Where in any salty ocean is there room for added heat caused by greenhouse gas absorption, in light of the absence of infrared light to be captured by co2?  The surmise is that, when ocean temperatures do rise, they only slowly rise as a result of heat from the ocean floor ... from hydrothermal vents "aka hot spots" which can reach 700F.  Concerning the rise in heat, there is a line in each ocean called the Pycnocline.  It has a lot of influence as to where that heat will or will not float.

Now, there was the matter of the 2018 "Keeling Paper," authored by Ralph Keeling's team and not by the Dr Charles Keeling of the 1950s.  It was actually called, the Resplandy Research Group Paper.  None the less, the 2018 paper claimed that oceans heated 60% more rapidly than previously realized.  The paper's subject matter was regarded as "startling," and the media heralded it as the smoking gun which absolutely proved the existence of a "climate crisis."

Within two weeks of time, a mathematically inclined gentleman associated with a Georgia Tech Atmospheric Science professor discovered decisive mathematical errors in the Ocean Warming Paper.  This discovery negated the entire conclusion of the paper.  A Nicholas Lewis found the errors.

In sequence, one of the 2018 paper's authors publicly admitted the errors, as did the prestigious publisher of the paper.  However, any retractions from the rest of the American media could not be located.

None the less, at the outset of the study, it was obvious that the paper's thesis statement was a falsehood.  This is because it contradicted a well known scientific fact involving Seas Breezes and Land Breezes.  Very simply, a change of temperature at any of the oceans is much more slowly accomplished than is the change of temperature at any land surface.  And being that there was no 60% rate increase in land surface temperatures anywhere, there surely would not be this phenomenon at the oceans.  Thus, the Keeling Paper (aka the Resplandy Paper) was guaranteed to be marked with error.

As was previously mentioned, an ocean's warming would NOT come from co2 engaging with infrared light at the surface thereof.  It would come from the heat sources at the bottom of that ocean which can reach 700F.  None the less, it's notably cold throughout the 9,000 and 7,000 foot descents to the bottom of oceans.  The means that the present heat source for the constant 39F temperature is not at all daunting.

This too :::   Media Gave Blanket Coverage to Flawed Climate Paper