Climate Discourse 11: The law of pressure gradient forcing, where turbulent storms are less common during warming phases of the Earth

Quick Note, for anyone wanting to finally learn the simple basics of atmospheric science, so as to help you realize how much of a con game has been played upon the American taxpayer in the 16 years since we were all told that {1} the Summertime Arctic would be all water, {2} the Maldives would be underwater, and {3} lower Manhattan be a place where humanity would have to wade through water:

Firstly, the surprising positive outcome of a hurricane is that, for a two or three week period after a hurricane, phytoplankton growth occurs.  More specifically, hurricanes trigger the upwelling of cold, nutrient-rich lower water into the ocean surface.   Next:

None the less,  baroclinic instability also causes "eddys" to form in the ocean.  An eddy is a swirling current of water that aligns the oceans like gears, especially near the shoreline.  One more thing:  Baroclinic Instability causes the formation of tropical storms which sometimes turn into hurricanes.

Now, a Barotropic state is one where Pressure and Density do not intersect.  It's mostly a parallel movement.  So, it would make things seems always stable.  However, there does exist Barotropic Instability which happens when a segment (a chord within) the horizontal eddy changes its speed compared to the rest of the eddy.  Sometimes the entire direction of the swirl, aka vorticity, shifts.  It's known as horizontal wind shear.

Now, Al Gore and his financially-endowed companions stated that an increase of atmospheric co2 will cause a yearly increase of hurricanes.  He and his like-minded individuals are stated that hurricanes in general will be more intense.  The opposite of his predictions came true.

Firstly, hurricanes did not become more rapid.  And secondly, the United States had twelve consecutive years of no MAJOR hurricane (category 3, 4, or 5) making landfall on any American shoreline.  The tie span went from Wilma (2005) to Harvey (2017).  In addition, they still has never been the equivalent of a Category 6 Hurricane.

Hopefully, this dash of knowledge helped at least a slight amount.  If not, look up baroclinic vs barotropic instability which will involve vertical shear vs horizontal shear.  In fact, if you do want to learn atmospheric science, aka weather theory, acquire a private pilot training Weather Theory textbook.

Then find a website that explains Eckman Transport (where the layers of ocean in the N Hemisphere each turn a few degrees to the right, with each successive layer, in a cork screw fashion.  Next learn about upwelling & downwelling.

Let's proceed to the 2016 Democratic National Convention where the public was told a really hug lie that is still being told today. 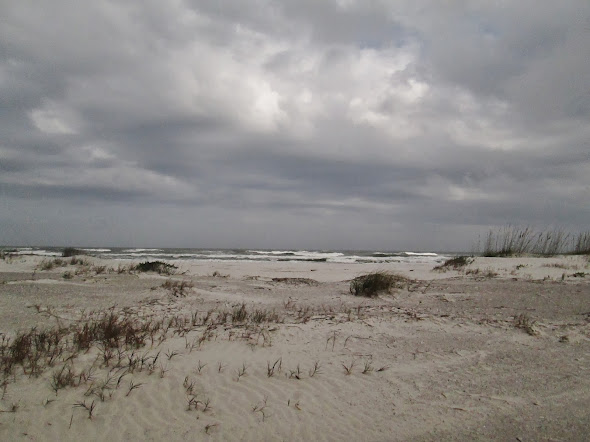 During the 2016 Democratic Party presidential convention, Sigourney Weaver stated, as the narrator of a film presentation, that mankind never saw such disastrous weather events as it did in the 21st Century.  However, weather events were far worse or far more frequent in the 1930s, 1920s, 1890s, 1870s, 1650s, 1600s, 536, etc.  After all, it was during the centuries said to be mild in climate by climate doomsayers when massive sea storms wreaked havoc on entire naval fleets.

Learning of the Grindelwald Fluctuation (in Switzerland) alone would have been enough to awaken one to the reality of the true existence of the Mini Ice Age.  In fact, the Dust Bowl Years were not centuries prior to Sigourney's birth.  It was mentioned in classrooms in 1960s & 1970s.  Yet, Sigourney became the ultimate climate denier in having denied massive weather disasters throughout the past thousand years.

There was a super huge irony to this.  She's known as a SCIENCE FICTION actress, in the COMEDY sector of science fiction film making.  That particular political convention night turned out to be nothing more than another science fiction performance.   All in all, the lessons at hand go as follows ===>

1}  Nuclear Winter is far worse than Global Warming could ever be.

2} There is a difference between a drought (temporary) and a desert (permanent).

3} There is also a difference between Crisis Flooding and a yearly Monsoon Season.

Next comes the Al Gore & John Kerry list of weather disasters which both non-scientist politician claims are caused by increased levels of co2 in the atmosphere.  Some of those disasters require high pressure systems, while other disastrous weather events require low pressure ones.  So, which one is it, Al Gore & John Kerry followers?  Does added co2 trigger low pressure disasters such as hurricanes or does it trigger high pressure ones such as droughts?

Actually, according to mainstream atmospheric science (aka textbook material), the cooling of the atmosphere causes the major weather disasters, due to something called, "Pressure Gradient Forcing."

The law of pressure gradient forcing is elementary and it goes as follows ===>  The smaller the numerical temperature difference between the Poles and the Equator, the LESS is the atmospheric TURBULENCE that occurs.  Such an atmospheric turbulence is a hurricane, where the atmosphere is evening-out the heat distribution of the Earth, by sending northward the excess heat in the Tropics.

4b3} Likewise, if there is a greater difference in temperature between the Poles and the Equator, as there is during any Global Cooling phase, there is more of an imbalance of heat, and that amount of extra heat gets transferred northward ... or even southward until meeting the 50th Parallel South, which is called the Roaring 50s, at its seas.    This transfer of heat is a balancing act.

All in all, disastrous weather events abound during Global Cooling phases, including wintertime.  After all, it's only during the wintertime when the Polar Jet Stream meanders so wildly at times.  And it does NOT do so, on account of increased co2 levels, as Bill Nye fraudulently claimed.  It does so, on account of Pressure Gradient Forcing.   All in all, introduce yourself to Heat Transfer science.

Concerning Bill Nye in all of his passive arrogance, watch him (in the video linked directly below here) belittle an MIT professor, as if the professor were an incoherent lunatic.  This resulted in the public seeing that Nye actually knew nothing about atmospheric physics.  Concerning this, Nye disrespectfully said that the professor's assertions were recognized by 1 in 100,000 scientists.  Well, even if it were true that 97% of the scientists agreed on the co2 climate theory, (It was proven false) 97% translates into 32 to 1, and not 100,000 to 1.  Liars exaggerate.

Moreover, the MIT professor stated that what he mentioned was "textbook material," and if the "Union of Concerned Scientists" were correct in their claims, then all of the schools (colleges) should be closed-down.  The professor was conveying the common understanding of Atmospheric Physics; not Bill Nye.

Speaking of deception, the Climategate emails revealed that many temperature reports of the African Continent were made-up.  In fact, record heat was reported in African places where there were absolutely NO WEATHER MONITORING STATIONS.

Now watch (in the video linked below) how Bill Nye's Union of "Concerned" Scientists get caught making notably erroneous doomsday assertions which means that those scientists are either deliberate frauds or pathetically incompetent buffoons.  Being that fund-raising was involved, one can suspect deliberate fraud as the motivating factor in the invalid doomsday assertions made by those people.

And remember, as was stated and verified elsewhere in the Blue Marbel Album, the average sea level rise for the past 25 years has been 2.8 inches.  And the US government authorities additionally stated in 2020 that the world's average sea level rise has been 8 to 9 inches since 1880.  That's 8 to 9 inches in the past 140 years.  That's it.  With this type of information at your availability, you realize how intense and vague are the U.N. speeches of doom.

And concerning the claim that the oceans are warming, I showed you previously that the majoritty of ocean water is exactly 39F.  That's a vertical distance of cold 9,000+ feet downward in the Atlantic, INdian, and Pacific Oceans, as well as 7,000+ downward in the Southern Ocean, not to mention the 638 downward feet in the Arctic Ocean which is only 39F continuously.

University scientists and deans are merely trying to make a sell, in their harrowing climate doom assertions.  Funding is what they need, and all funding today is based on them toting the Al Gore party line that demonizes co2 to a ridiculous degree.

See ::: Sea Level Fraud at the Union of Concerned Scientists